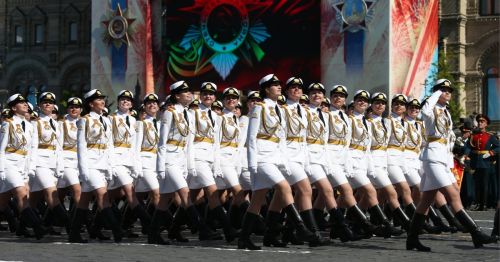 Trump is demanding a military parade down Pennsylvania Avenue, just like the one he saw in France.

But what he really, really wants is one like his hero Putin puts on—especially with the lady soldiers in knee-high black boots and miniskirts (not a joke, as pictured above).

The women marched in strict formation – and bright sunshine – to the strains of martial music and the clear delight of the macho Russian leader.