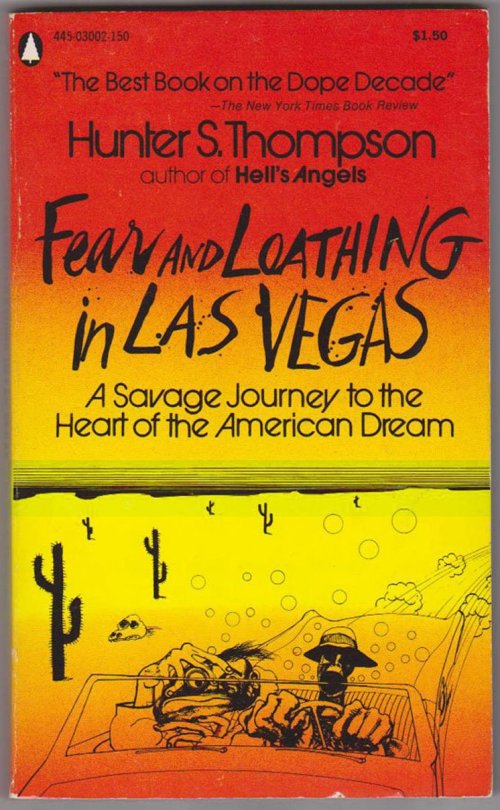 Not for the first time (see here and here) I recommend reading some Hunter S. Thompson as a tonic for the times. Strange times then, strange times now. Like always maybe, only more so. (Obviously, the overlong pages of copy never made it to the book jacket.)

So now, in closing, I want to thank everybody who helped me put this happy work of fiction together. Names are not necessary here; they know who they are—and in this foul era of Nixon, that knowledge and private laughter is probably the best we can hope for. The line between martyrdom and stupidity depends on a certain kind of tension in the body politic—but that line disappeared, in America, at the trial of the “Chicago 7/8,” and there is no point in kidding ourselves, now, about Who Has the Power.

In a nation ruled by swine, all pigs are upward-mobile—and the rest of us are fucked until we can put our acts together: Not necessarily to Win, but mainly to keep from Losing Completely. We owe that to ourselves and our crippled self-image as something better than a nation of panicked sheep … but we owe it especially to our children, who will have to live with our loss and all its long-term consequences. I don’t want my son asking me, in 1984, why his friends are calling me a “Good German.”…

The Swine are gearing down for a serious workout this time around. Four more years of Nixon means four more years of John Mitchell—and four more years of Mitchell means another decade or more of bureaucratic fascism that will be so entrenched, by 1976, that nobody will feel up to fighting it. We will feel too old by then, too beaten, and by then even the Myth of the Road will be dead—if only for lack of exercise. There will not be any wild-eyed, dope-sucking anarchists driving around the country in fireapple red convertibles if Nixon wins again in ’72….

So much, then, for The Road—and for the last possibilities of running amok in Las Vegas & living to tell the tale. But maybe we won’t really miss it. Maybe Law & Order is really the best way to go, after all.

Yeah … maybe so, and if that’s the way it happens … well, at least I’ll know I was there, neck deep in the madness, before the deal went down, and I got so high and wild that I felt like a two-ton Manta Ray jumping all the way across the Bay of Bengal.

It was a good way to go, and I recommend it highly—at least for those who can stand the trip. And for those who can’t, or won’t, there is not much else to say. Not now, and certainly not by me, or Raoul Duke either. Fear & Loathing in Las Vegas marks the end of an era … and now, on this fantastic Indian summer morning in the Rockies, I want to leave this noisy black machine and sit naked on my porch for a while, in the sun.

From The Great Shark Hunt by Hunter S. Thompson

The Weird Randomness of Life 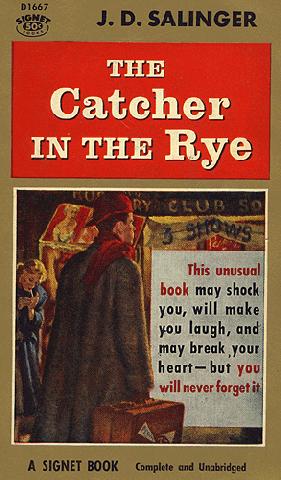 I went to the gym this morning for my regular morning workout. The TV was on, but nobody was there. I saw that the remote control was gone. I climbed on a chair, pushed the power button and turned the TV off.

On further search for the remote, I discovered a handbag on the seat of stationery bike. I didn’t want to pry, but I peeked in to see if the remote had ended up there. Instead, I saw a copy of The Catcher in the Rye by J.D. Salinger.

Are people still reading The Catcher in the Rye? They should and apparently they are. It is a great and famous novel. Once upon a time controversial, when it was published in 1951, because Salinger included the word “fuck” multiple times.

After this novel, another novel, and a book of stories, Salinger disappeared, like the remote control. He is considered the most reclusive and mysterious of contemporary fiction writers. W.P. Kinsella included a character based on Salinger in his novel Shoeless Joe, which became a character in the movie version Field of Dreams. The character in the movie is played by James Earl Jones, a big black man with a booming voice. Salinger was a white Jewish man, as far as we can tell regular size and regular voice.

In high school, I wrote a book report on The Catcher in the Rye, one that was supposed to be read aloud. The English teacher was one of those young, hip women, so I thought it would be alright. I was a little concerned about some of the quotes, specifically the ones that included the word “fuck.” In that class was a girl who was a friend, not a girlfriend, who read it before class and urged me to read it just as it was. She was a popular and cool girl, but mostly I wanted to seem cool to her because she was pretty and had really big breasts.

So I read the report out loud. This is one of the passages I read. The confused and questioning adolescent Holden Caulfield says:

I went down by a different staircase, and I saw another “Fuck you” on the wall. I tried to rub it off with my hand again, but this one was scratched on, with a knife or something. It wouldn’t come off. It’s hopeless, anyway. If you had a million years to do it in, you couldn’t rub out even half the “Fuck you” signs in the world. It’s impossible.

I wasn’t particularly confused, but I was punished. Someone in the class took offense and told the principal. I was called down to his office, and despite his liking me a lot and despite my record as a star student, he believed some sort of sanction for my indiscretion was necessary. The sentence was that my entry into the National Honor Society was to be delayed one year.

If I had it to do all over again, I would know that none of this mattered. I read the book, still love it, and maybe my book report led someone else to read it. If I was somebody else, then or now, I might have said something to the principal that was clever and super-meta, such as “Go fuck yourself.” I didn’t and wouldn’t.

On the other hand, if I go down to the gym tomorrow, and still can’t find it, I might say to myself—only to myself and not out loud—“Where’s the fucking remote?” 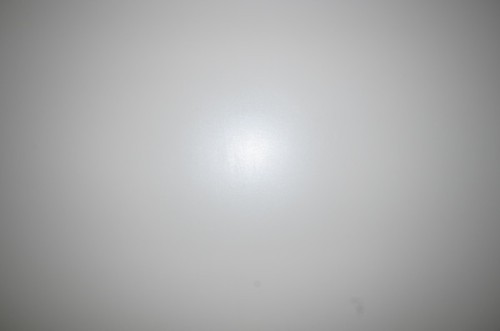 I want the walls to be bare. The way they were when I first moved in. For that, I would need a time machine. Or I could remove the framed pictures, move everything out, the desk, the bookshelves, the file cabinets. All of it could sit in other rooms and in the hallways.

The rug could stay. So could a chair, from which I could scan the room. One blinded window, two closet doors, one room door. And the white walls.

Maybe a lamp too. That depends on how natural I want it to be. Without the lamp, the walls could follow the daily cycle, lit a little or a lot, if the blinds were open or closed, if the sky was clear or cloudy. With a lamp, it wouldn’t matter. I could choose when to see the walls and when not. The same goes for the ceiling, if I got up off the chair and lay face up on the rug. Lamp or no lamp, eyes open or closed, day or night, I would know the walls were there and bare.

In the dark, it might be easier to imagine the time machine. Maybe that’s why I wanted the bare walls in the first place. To strip history bare. Not just my history, that delivered the pictures and the furniture, but all history ever. The walls would hum and thrum silently, harmonic to some time before the before, peaceful music that would only play when the walls were stripped bare.

The walls will be here tomorrow. Ready to remain partly hidden, ready to be bared. Ready to sing. 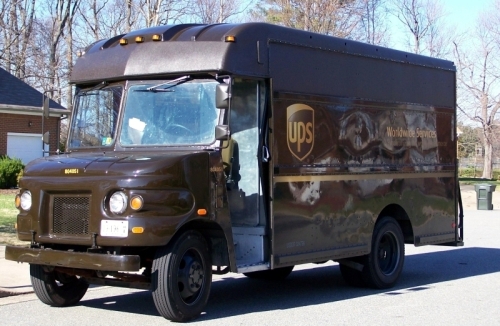 When I placed the order online, I got an email within seconds, telling me the order was received.

I got another email telling me the order was being processed.

I got another email telling me the order was ready to be shipped and giving me the tracking number.

I checked the tracking number, but it told me that it was getting ready to be picked up by the shipping company.

After that, I tracked the package just about every time I sat down at the computer. All I had to do was click the circular arrow at the top of the browser page and updated tracking information would appear. Of course, if nothing had happened and nothing had changed, the page would look exactly the same.

Sometime in the middle of the night, the package was picked up for the first leg of its journey. I wasn’t actually awake when this happened. I was asleep, and had no plans to stay up waiting for something that might or might not happen. It was in the morning that I got the news, when I poured a cup of coffee and went right to my computer and refreshed the tracking page.

In the days that followed, I watched the package wend its way from there to here. It made a couple of stops in between, each one for a few hours, then it was on the road again.

One morning the message was “out for delivery.” There was a promise that it would be delivered by 8:00pm, but usually packages showed up earlier. This one did. Around noon, just as I was making my lunch, the doorbell rang. If I had not been home, they might have left a tag on the door. Or sometimes the delivery person leaves it at the door, without getting a signature, because he knows me. Today, I was home. He handed me the box and I signed.

I went to the computer to check. It told me the package had been delivered and it was signed for by me, my last name only.

It had been a long trip, about five hundred miles, and now it was over. I printed out the final tracking page and put it on top of the box. For later. Now it was lunchtime.