Hillary Clinton Has the Rockin’ Pneumonia and the Boogie Woogie Flu 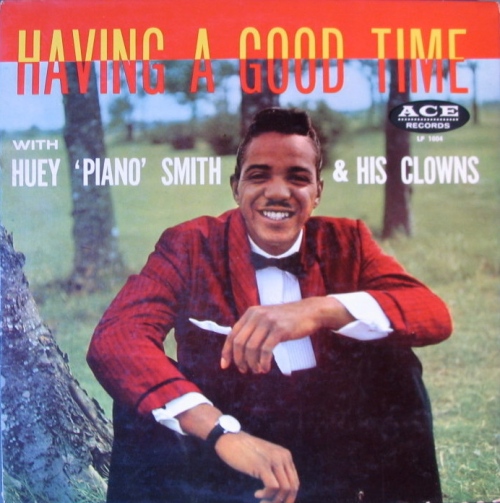 Hillary Clinton and her campaign aren’t known for their grasp of pop culture. Back in 1992, the Clintons chose Fleetwood Mac’s Don’t Stop Thinking About Tomorrow as the campaign theme song. As much as you might like Fleetwodd Mac, by that time it wasn’t the height of hip. (Note however, that Hillary never did stop thinking about tomorrow. It’ll soon be here.)

So don’t you think the whole Hillary pneumonia thing could be going much better for her if she had just explained:

It’s true, my doctor told me on Friday that I had the rockin’ pneumonia and the boogie woogie flu. Yes, I wanted to jump but I was afraid I’d fall. But now, I wanna scream, I want you all to know that I feel better than fine.

I don’t know about you, but that’s all the medical report I would need.

When Nokia Ruled the Mobile World 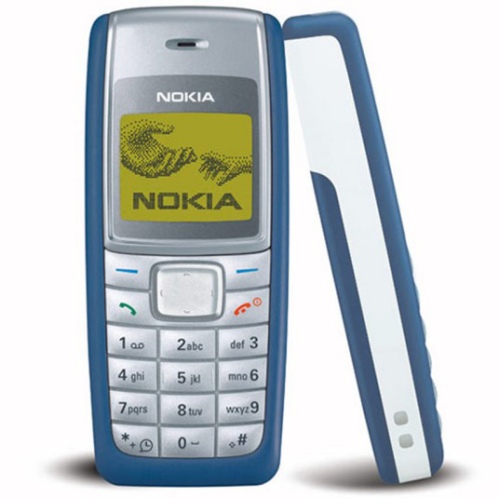 Microsoft is reportedly killing the Nokia brand, after having spent billions to buy the iconic company in hopes of boosting its stalled Windows Phone presence.

We are not surprised. Microsoft is the all-time tech accidental/incidental behemoth. Right place, right time, a few fortuitous decisions, strategic appropriations rather than innovations, and the next thing you know, we’re living and working in a mostly Microsoft world. Which is why Microsoft is constantly fixing what isn’t broken, and annoying and frustrating millions of users every second of every day.

The Tech Advisor article on the Nokia move led to one on the Top 10 Best Selling Mobile Phones in History.

Of those best selling mobile phones, 9 of the 10 are from Nokia (the Motorola RAZR V3 comes in at number 8). You may be used to what you think are big numbers, but at the top of the list—maybe forever—is the Nokia 1100:

The best-selling mobile phone ever is believed to be the Nokia 1100, which was released in 2003 and sold more than 250 million units. That’s more than any iPhone model. The success of the Nokia 1100 was not down to its features – it didn’t have a camera or even a colour display – but it was cheap, durable and did the jobs any mobile phone should.

Depending on your generation, you may not recognize the form factor of these Nokia phones. It was called a “candy bar” for pretty obvious reasons. If you were around for these, you also know that these were some of the most stylishly functional tech gadgets of all time: strikingly beautiful, naturally comfortable, reliably useful. Nokia did not sell over a billion and a half of the phones on the list because they were the only ones around; they sold them because they were the best and the coolest. (If that sounds like the iPhone story, it might a little, except that the Nokia phones were way cooler than any iPhone.)

Time does pass, and best is not biggest forever. Nokia’s big mistake was sticking to its proprietary operating system, Symbian, rather than adopting the then-nascent Android. If Nokia had gone Android early, it is possible we wouldn’t be talking about Samsung or Apple mobile the way we do. What later ended up happening was the marriage between a number 3 operating system, Windows, to a long past noble brand. It was a union that was never going to last.

In that box over there, though, are a couple of gorgeous Nokia phones that carried me into the mobile age and that I relinquished with great reluctance. A few years ago, when smartphones were still using the old, bigger SIM cards, I even switched SIMs and fired one of those Nokias up when a smartphone went temporarily down. Sure the Nokia seems rudimentary now. But I could still talk and listen, and still caress that Scandinavian beauty in my hand. Something Microsoft would never understand.

The iBrain and gBrain Devices 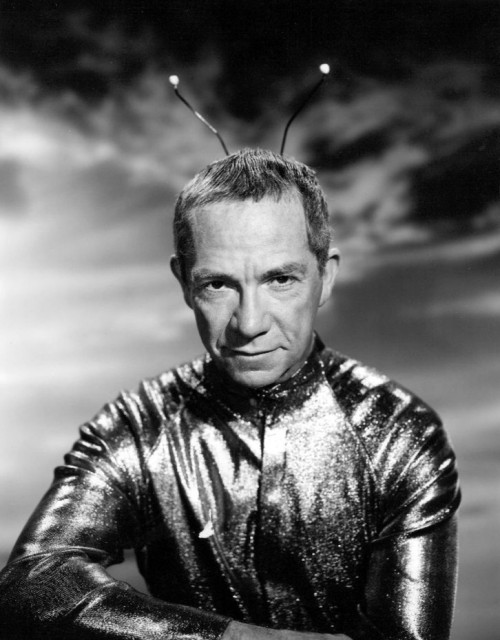 With the release of the iWatch, both Apple and Google realize a challenge they face. There has been a bit of pushback to Google Glass, and there will no doubt be a similar issue for the iWatch. Even the most avant garde people may have second thoughts about just how cool they don’t look wearing and using those devices.

Which is why Apple and Google are working on devices that are innovatively powerful but completely inconspicuous. These are brain implants that will function as smartphones—and more. Working names for these devices might be iBrain and gBrain. No one will know you are wearing them. No more pulling your smartphone out of your pocket, or putting on a pair of glasses, or bringing your wrist up to your face.

Ironically, the problem that Apple and Google have is precisely that: nobody will know you are using it. That is, there is no badge. Which is why, on a parallel track, marketers are working on an actual badge that tells the world that you are wearing an iBrain or gBrain. Another thought that marketers have is to encourage jewelry or tattoos that bring attention to the implant site. One product manager has even suggested a non-working antenna that could attach to the implant, giving the user the look of an old-fashioned Martian. Futuristic glasses and watches might not be cool, but that sure would be. 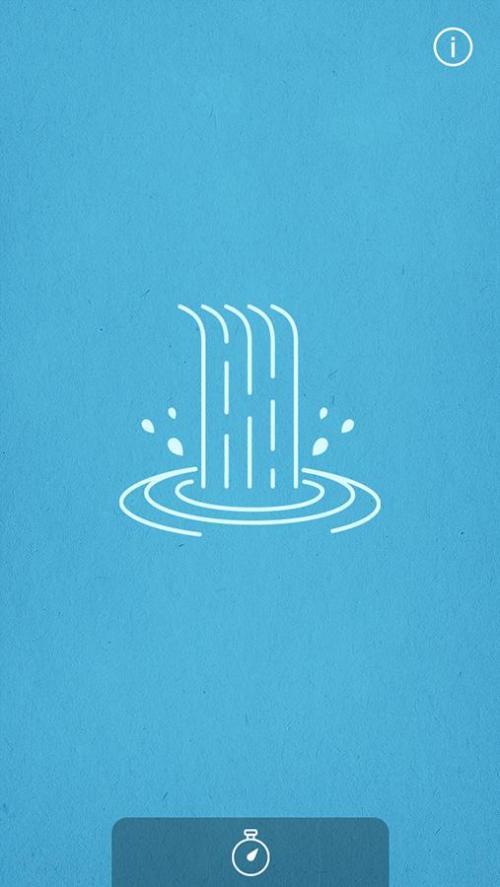 Japanese retailer MUJI has a free gift for you. A tiny gift that will delight you and transform your phone or tablet into an instrument of wonder. MUJI for Sleep.

MUJI sells minimalist furniture, home goods, apparel, and other personal products—online and in a small number of stores in New York and California.

MUJI is not a brand whose value rests in the frills and “extras” it adds to its products.
MUJI is simplicity – but a simplicity achieved through a complexity of thought and design.
MUJI’s streamlining is the result of the careful elimination and subtraction of gratuitous features and design unrelated to function.
MUJI, the brand, is rational, and free of agenda, doctrine, and “isms.” The MUJI concept derives from us continuously asking, “What is best from an individual’s point of view?”
MUJI aspires to modesty and plainness, the better to adapt and shape itself to the styles, preferences, and practices of as wide a group of people as possible. This is the single most important reason people embrace MUJI.

Simplicity and minimalism hardly describe the app. It has five screens to swipe through, each a different color, each with a brushstroke sketch of a scene, each scene with a flow of continuous sound: a river, a bird, a waterfall, a fire, a forest. There is a timer to keep it running for 30, 60, or 90 minutes. Touch on, touch pause. That’s it. As simple as a flashlight app. And more valuable.

You can fall asleep to MUJI of course, which is what it intends. Or you can play it as background for your activities or non-activities, a sort of aural incense. It will contribute to your life in ways unexpected and wonderful.

The MUJI to Sleep app currently has less than 100,000 downloads on Google Play. It should have millions. 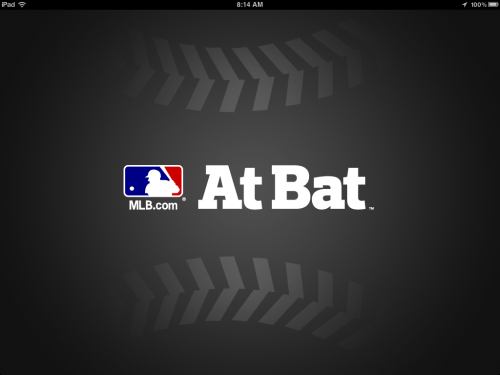 About the game of baseball, you cannot say enough great things. No matter how many players in other sports wear John 3:16 eye black or bend a celebratory knee in devotion, baseball is the sport God invented and intended for great athletes to play—proven, among other evidence, by the 60 feet from home to first that is the perfect balance between the speed of a running batter and the speed of a ball thrown from shortstop. Proven also by that fact that very few stars in those other sports have succeeded at baseball, including the greatest of all basketball players, Michael Jordan. If baseball is God’s game, the curve ball is God’s wicked joke.

About the business of baseball, it is more equivocal. As with all sports, teams face daunting changes as the financial stakes have grown exponentially. Some teams have handled the challenge with professionalism, skill and finesse, and with respect for the game, for players, and most of all for fans. With other teams, the terms self-interested and heedless of baseball’s best interests may apply. Right now, a number of Florida fans consider Miami Marlins owner Jeff Loria the poster person for that.

About Major League Baseball, the enterprise overlord that oversees all this, there is even more equivocation. Most of that is centered on the Commissioner. Just as historians talk about the evolution of the Imperial Presidency, the Imperial Commisionership grew out the infamous Black Sox Scandal in 1919, when players on the White Sox were accused of throwing the World Series. The next year, federal judge Kenesaw Mountain Landis was appointed Commissioner to take control, and ever since, the Commissioner has served an increasingly central role in the fortunes (metaphorically and literally) of the game.

The best modern Commissioner, who combined the myth and poetry of baseball with its down and dirty aspects, was Bart Giamatti, whose tenure was truncated by his untimely death. Giamatti knew how to manage huge and venerable institutions as president of Yale, but also understood the soul of the sport as a writer and a passionate lover of baseball. The current long-time Commissioner, Bud Selig, is more controversial, and a bit less generally beloved or respected in some quarters. Selig is no poet, nor was meant to be, but some knowledgeable fans also believe that as the game both succeeded and suffered over the past decades, he was a catalyst for both.

Baseball fans are as fanatic as any—some might say more than any—in delving into the details, past and present. Once upon a time, that might have meant reading the Sporting News, especially as spring training for a new season began. Then magazines began popping up, and then fantasy leagues, and then more magazines to inform the fantasy leagues.

But nothing beats the comprehension and immediacy of digital for any special interest, and baseball is no different. The very thought of having a mobile app to feed your baseball addiction is almost too much to bear. The sad news, though, is that with one grand exception, baseball is not yet successfully mobile. Typical for the mobile realm, there’s a bunch of junk and some almost-decent efforts.

The exception: love, hate or question MLB, you have to admit that the free MLB.com At Bat mobile app is a model of how to serve a universe of fanatics. (As an extension of their online offerings, there are paid premium versions that include live games.) Scoreboard, standings, players, teams, rosters, news—it is all there, in an admirably usable and appealing form. They keep working at it too, with a major overhaul just as spring training began. It is not perfect, but it will do until something better comes along.

If you are a real baseball fan, married to the game, you have reasons to complain and moan about MLB even as you are ecstatically thankful for your bliss. Set aside whatever those complaints are and here, as another season begins,  consider downloading the MLB.com At Bat mobile app today.

As with all mobile apps, please read carefully the Permissions requested by the developer. Users should be diligent in weighing potential privacy issues against the utility and value of an app.