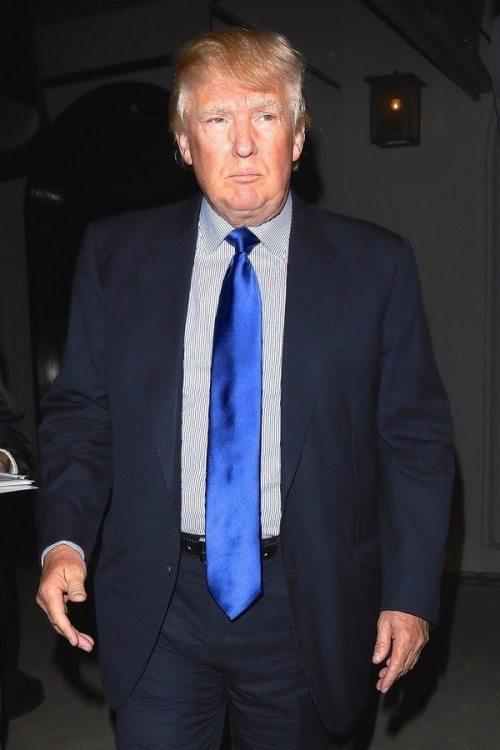 “The general contemporary rule of thumb is that your tie should fall right at the top of your belt buckle, regardless of tie length, style of the tie, or how tall you are.”

Sometimes, as the Freudian cliche goes, a cigar is just a cigar. And a tie is just a tie.

In the case of Trump’s ludicrously long ties, which point at his crotch, it’s obvious something else is going on.

Dictators are often known for their idiosyncrasies. Sometimes there is a psychological basis. Sometimes it is a signature, part of a brand. Sometimes it is just a personal preference. Fidel Castro, for example, was associated with his cigar, which he obviously liked, which is Cuba’s best-known product, and which, well, is more than a cigar.

Trump is the first president to regularly refer to the size of his “hands”, his “button”, and once in a while, almost directly, his “penis”. The only evidence we have so far about this is from Stormy Daniels, who has only said that Trump is “average.” God willing, that is the only detail we ever have to deal with. But absent evidence, we only have Trump’s word for it. We all know what that’s worth. So most people don’t believe him. Or his ties.