The U.S. lost track of 1,475 unaccompanied immigrant children it captured last year. Department of Health and Human Services says: “Not our legal responsibility.” 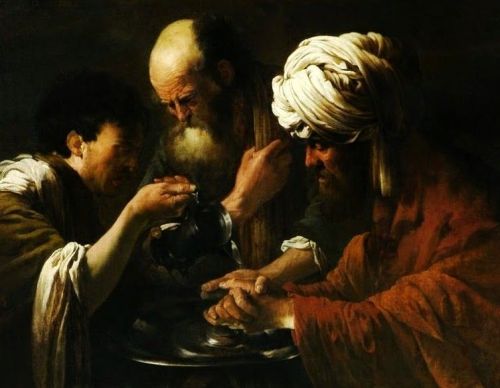 Everything you need to know about Trump and his administration is in this story (or in dozens of other stories). Not that public bureaucracies big and small don’t make mistakes, sometimes terrible ones. But that the appropriate and moral public servant response is to take responsibility, find out what went wrong, and work to fix it.

Instead, the response is either to blame someone else or to fall back on having no legal responsibility. No crime, no foul. We are going to be hearing a lot more of that in the months to come.

How in the world has Trump been able to assemble such an historically rotten administration? Leading by example?

During a Senate committee hearing late last month, Steven Wagner, an official with the Department of Health and Human Services, testified that the federal agency had lost track of 1,475 children who had crossed the U.S.-Mexico border on their own (that is, unaccompanied by adults) and subsequently were placed with adult sponsors in the United States. As the Associated Press reported, the number was based on a survey of more than 7,000 children:

From October to December 2017, HHS called 7,635 children the agency had placed with sponsors, and found 6,075 of the children were still living with their sponsors, 28 had run away, five had been deported and 52 were living with someone else. The rest were missing, said Steven Wagner, acting assistant secretary at HHS.

Health and Human Services officials have argued it is not the department’s legal responsibility to find those children after they are released from the care of the Office of Refugee Resettlement, which falls under HHS‘s Administration for Children and Families. And some have pointed out that adult sponsors are sometimes relatives who already were living in the United States and who intentionally may not be responding to contact attempts by HHS.