Bob Woodward and Seth Meyers have criticized CNN for suing the White House over the pulling of Jim Acosta’s press credentials. With all due respect to Woodward, you’re wrong. 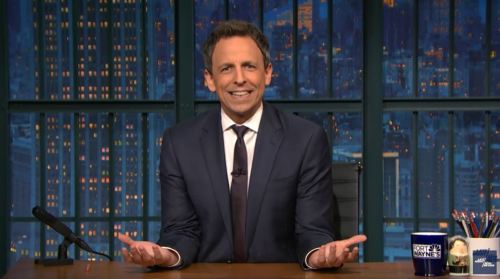 The White House pulled the press credentials of CNN journalist Jim Acosta because Trump doesn’t like his questions, his attitude or him. The First Amendment does not allow this. CNN has sued.

Bob Woodward, an extraordinary and legendary journalist who has made his indelible mark on American history, has criticized CNN for feeding Trump’s appetite for lawsuits. So has Seth Meyers, an amusing entertainer legendary for nothing.

Lawyers are not that special. But lawyers are a bit more sensitive than some others to how unopposed government assaults on constitutional rights tend to gather momentum, sliding down a slippery slope. Waiting only makes things worse.

So to Bob Woodward, who deserves infinite respect for all he has done and continues to do, in this case you are wrong. And to Seth Meyers, who is well rewarded for working within the protection of the First Amendment, please remember that the First Amendment needs protection too. It is the First Amendment that allows those who are funny and sometimes ill-informed to express themselves without government interference.