Bob Woodward and Seth Meyers have criticized CNN for suing the White House over the pulling of Jim Acosta’s press credentials. With all due respect to Woodward, you’re wrong.

The White House pulled the press credentials of CNN journalist Jim Acosta because Trump doesn’t like his questions, his attitude or him. The First Amendment does not allow this. CNN has sued.

Bob Woodward, an extraordinary and legendary journalist who has made his indelible mark on American history, has criticized CNN for feeding Trump’s appetite for lawsuits. So has Seth Meyers, an amusing entertainer legendary for nothing.

Lawyers are not that special. But lawyers are a bit more sensitive than some others to how unopposed government assaults on constitutional rights tend to gather momentum, sliding down a slippery slope. Waiting only makes things worse.

So to Bob Woodward, who deserves infinite respect for all he has done and continues to do, in this case you are wrong. And to Seth Meyers, who is well rewarded for working within the protection of the First Amendment, please remember that the First Amendment needs protection too. It is the First Amendment that allows those who are funny and sometimes ill-informed to express themselves without government interference.

The History Test: If the Bob Woodward book doesn’t convince Republicans to remove the president, history will brand them accomplices to disaster 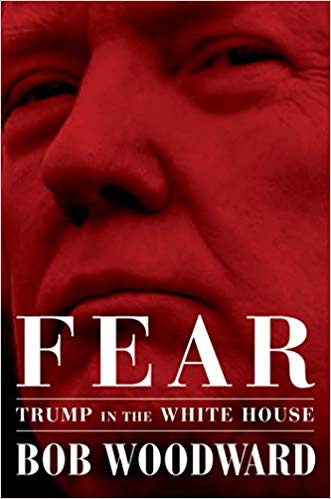 The new Bob Woodward book Fear: Trump in the White House was expected to be explosive. It turns out to be much more than that.

The official book release date isn’t until next week, but the media have it today. Just from the first reports and the mind-boggling quotes from his senior staff and advisers, it is a startling picture—painted by those working closest to him—of presidential incompetence, ignorance, incivility and instability. It is not just a dangerous leadership morass unprecedented in American history; it is unprecedented in the history of world powers. (Which is to say, even the most vile dictators have been clever and knowledgeable, if not downright brilliant.)

Over the coming days, there will be a flood of quotes and reports from the book, followed next week by its public availability. Those who already know the president’s disabilities will still be astonished and even more dismayed. Those partisans who refuse to acknowledge those disabilities will try pointlessly to discredit Woodward—even though he is the dean of American investigative journalists, even though he has recordings of all his many interviews. As for the president, this may be the one that triggers the inevitable total meltdown, which is tempting to consider as a neon billboard to Republicans, but which none of us can wish for as long as he is in the Oval Office.

What now, what next?

As previously noted, even if some Republicans miraculously admit that the president should leave office, and even if Democrats take over one or both houses of Congress in January, the options for preventing damage or disaster are limited. Removal from office by impeachment requires a simple majority of the House but two-thirds majority of the Senate. Removal from office by the 25th Amendment is even more daunting, involving the agreement of the Vice President and the cabinet. And all of that takes time, allowing the incompetent, ignorant, uncivil and unstable president to stay in the White House.

But at least there’s this: When the president asks, “Who are you going to believe, me or your lying eyes?”, we can just throw the book at him.