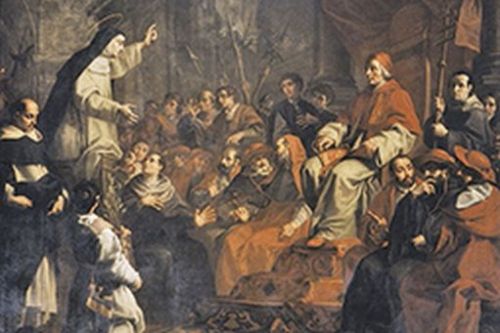 A series of essays in the semiofficial Vatican newspaper is urging the Catholic Church to allow women to preach from the pulpit at Mass, a role that has been reserved almost exclusively to the all-male priesthood for nearly 800 years.

“This topic is a delicate one, but I believe it is urgent that we address it,” Enzo Bianchi, leader of an ecumenical religious community in northern Italy and a popular Catholic commentator, wrote in his article in L’Osservatore Romano.

“Certainly for faithful lay people in general, but above all for women, this would constitute a fundamental change in their participation in church life,” said Bianchi, who called such a move a “decisive path” for responding to widespread calls — including by Pope Francis — to find ways to give women a greater role in the church….

So what will Pope Francis do?

The pontiff has repeatedly called for women to have a greater role in the church, but he has also reiterated the ban against ordaining women as priests and has warned against “clericalizing” women by trying to make them cardinals or to focus on promoting them to higher church offices.

Then again, that the Vatican’s own newspaper would dedicate so much space to the issue of women preachers is intriguing, said Massimo Faggioli, a church historian at the University of St. Thomas in Minnesota.