Give to the Emperor 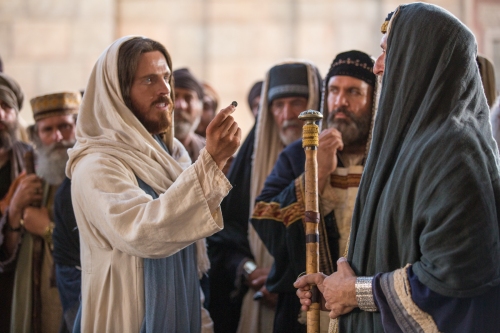 Resolutions to stay away from politics, when it’s pretty or ugly or pretty ugly, can be hard to keep. But politics, no matter how significant it may seem, can be like psychic, emotional, moral quicksand, which as it reaches your shoulders, leaves you wondering if this trip was really necessary.

So let’s see what Jesus said about all this.

The famous “Question about Paying Taxes” is one of the most discussed and interpreted passages in the Gospels. Here it is, from the Gospel of Luke in the NRSV translation:

So they watched him and sent spies who pretended to be honest, in order to trap him by what he said, so as to hand him over to the jurisdiction and authority of the governor. So they asked him, “Teacher, we know that you are right in what you say and teach, and you show deference to no one, but teach the way of God in accordance with truth. Is it lawful for us to pay taxes to the emperor, or not?” But he perceived their craftiness and said to them, “Show me a denarius. Whose head and whose title does it bear?” They said, “The emperor’s.” He said to them, “Then give to the emperor the things that are the emperor’s, and to God the things that are God’s.” And they were not able in the presence of the people to trap him by what he said; and being amazed by his answer, they became silent. (Luke 20:20-26)

Some view this as a story about the separation of state and church. Some view it as about obedience to civil or religious authority. Some view it very particularly as a directive on withholding tax payment from ungodly government. And so on.

I take this as a spiritual message, grounded in practical experience. Political speech and action can be very important, even essential, to the accomplishment of positive and beneficial goals. And very seductive. But those activities can also set you in the midst of circumstances and environments that can seriously put you at a distance from more enlightening aspirations and possibilities. Sometimes really far from them.

You can’t run away from politics and its consequences. Those coins and emperors are always going to be there. So if you get caught up in it, just remember that there are other higher callings that have nothing to do with policies and positions and politicians.