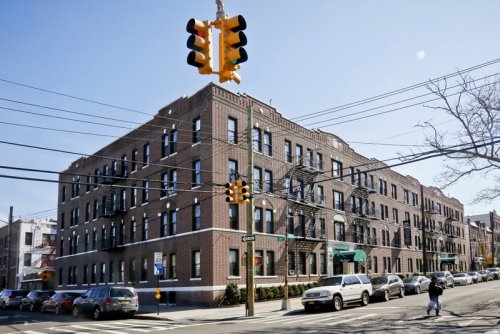 NEW YORK (AP) — When the Kushner Cos. bought three apartment buildings in a gentrifying neighborhood of Queens in 2015, most of the tenants were protected by special rules that prevent developers from pushing them out, raising rents and turning a tidy profit.

But that’s exactly what the company then run by Jared Kushner did, and with remarkable speed. Two years later, it sold all three buildings for $60 million, nearly 50 percent more than it paid.

Now a clue has emerged as to how President Donald Trump’s son-in-law’s firm was able to move so fast: The Kushner Cos. routinely filed false paperwork with the city declaring it had zero rent-regulated tenants in dozens of buildings it owned across the city when, in fact, it had hundreds.

While none of the documents during a three-year period when Kushner was CEO bore his personal signature, they provide a window into the ethics of the business empire he ran before he went on to become one of the most trusted advisers to the president of the United States.

“It’s bare-faced greed,” said Aaron Carr, founder of Housing Rights Initiative, a tenants’ rights watchdog that compiled the work permit application documents and shared them with The Associated Press. “The fact that the company was falsifying all these applications with the government shows a sordid attempt to avert accountability and get a rapid return on its investment.”

Set aside the specifics of this particular corrupt practice. Ignore the fact that Jared Kushner’s father Charlie, founder of Kushner Cos., once pled guilty to 18 counts of illegal campaign contributions, tax evasion, and witness tampering, and served fourteen months in federal prison. Ignore the business, legal, political and personal practices of Donald Trump, Jared’s father-in-law and boss, and President of the United States.

Corruption is not normal. In business. In government. In politics. In the White House. It is as clear as ever that some people don’t know that, don’t believe that, and never will.