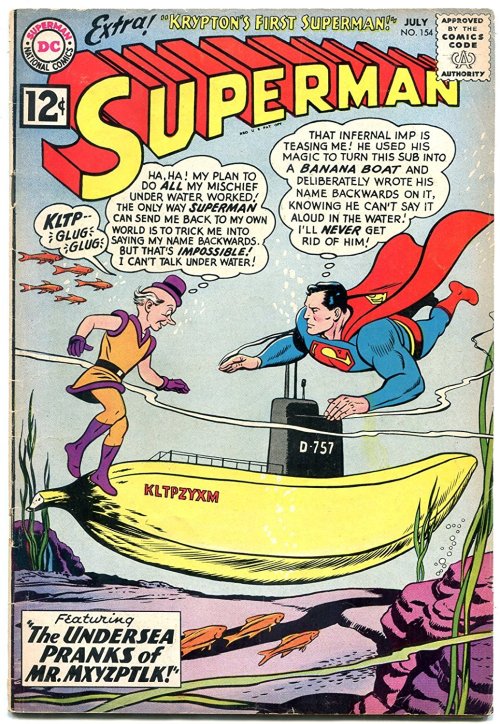 Mister Mxyzptlk was an imp from the fifth dimension who was a constant nemesis of Superman in the comics. The only way this villain could be made to disappear was to trick him into saying his own name backwards.

And so, while we wait for something to rid us of our meddlesome president, one suggestion is to trick him into saying (or tweeting) his name backwards: Pmurt (pronounced puhmurt?)

How? Well, if someone were to tweet something critical, including a claim that Trump was a “pmurt”, the president could not resist answering the charge, including in his replies a flat out denial of the fake news that he is a pmurt.

Yup, that should do it.