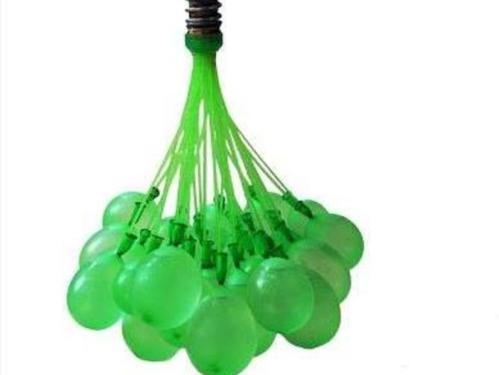 Just when you think that 21st century technology has served up all it can—for better or worse—along comes Bunch O Balloons .

Let them tell the story:

Bunch O Balloons is the ultimate way to make water balloons! Fill over one hundred water balloons in just seconds with this ready to go bunch of self-tying water balloons and blast the competition out of the water.

We barely had the audacity to wish it.
They had the inspiration and creativity to build it.

Other modern marvels will have to step aside. Even the atomic bomb—the fiercest and most significant technology of the 20th century, maybe of any century—can sit in the shadows. We now have a means of mass warfare that it is fun and relatively harmless (except to Wicked Witches and others sensitive to water). It’s true that some spoilsports will think about filling the balloons with liquids other than water. And that those who could only throw one water balloon as a symbol of protest will now have an unlimited arsenal.

But seriously, how can we not be in awe of a development so, well, awesome?

Stay dry, my friend. If you can.