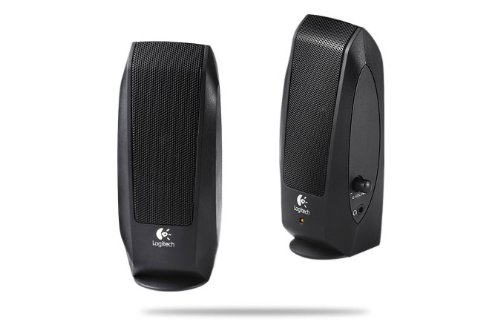 Sitting on the counter, framing the food processor, mixer, blender and coffee grinder, are a pair of Logitech S120 speakers. Ten bucks, more or less; these come off the shelf from Walmart. They fill the kitchen with decent sounding symphonies, and the sound isn’t too bad overheard in adjacent rooms either.

You could splurge and go for the Z130 and get 5 watts instead of 2.3 watts, at about twice the price. You may already have a more powerful audio setup, one that really offers mind-numbing volume and fidelity to satisfy the most discerning listener. Good. But in that space where you just want to plug your phone into something and happily listen, this can’t be beat.

The bigger point may be that happiness and satisfaction come in lots of packages, and they are not all precious and expensive. Just because it cost only ten dollars doesn’t mean it won’t turn making breakfast—and maybe your whole day—into something special.