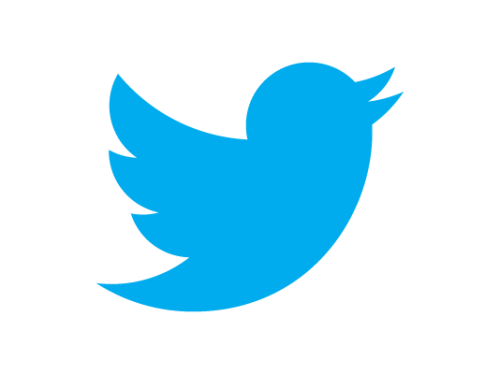 The Twitter bluebird never sleeps. Neither does Donald Trump.

Last night, his tirade of overnight tweets wasn’t actually about national security, the economy, or anything else significant. Instead, he couldn’t sleep because of, among many other topics, a comment Hillary Clinton made in the Monday debate about the possibility that Trump is rudely disrespectful toward women/human beings. Specifically, toward Alicia Machado, a past winner of his Miss Universe pageant, who Trump mercilessly criticized for gaining weight during her royal reign. (Note the times of the tweetstorm, which began around 3:00am, and here resumes after 5:00am.) 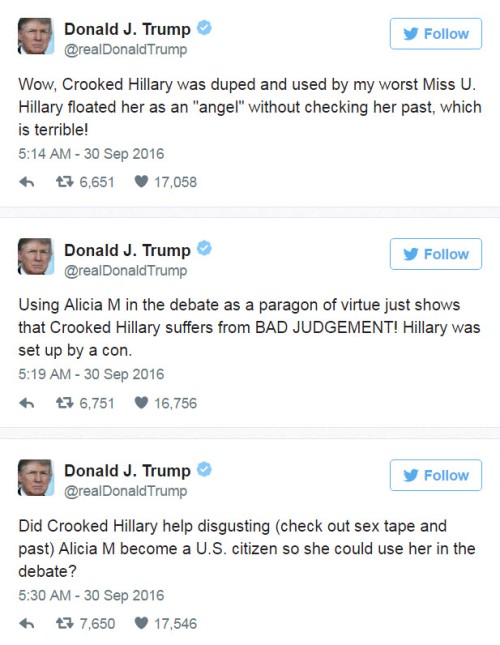 Millions of people stay up all night tweeting nonsense. It’s a free country and a free social medium, and God bless those who have the time for this or don’t need the sleep. But Donald Trump, as has become apparent, is not one of the millions. He is one in a million, maybe one in a billion. And he is running for President.

It might be interesting to learn what he would be tweeting in the middle of the night if he becomes President. But not nearly interesting enough to have anything to do with helping to make that happen.