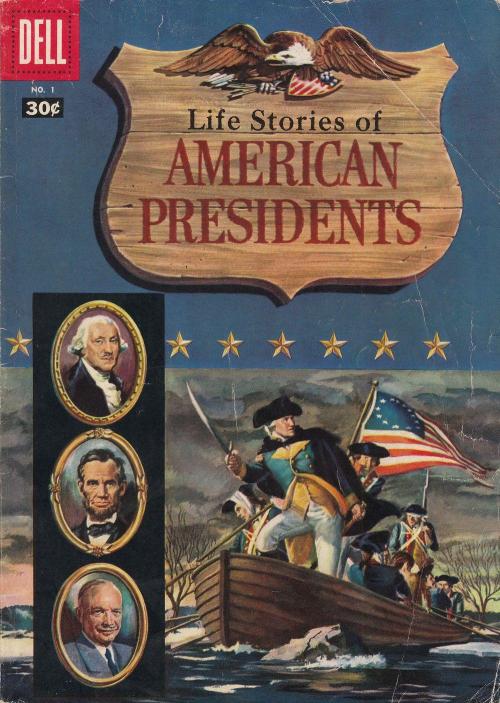 Once upon a time, children got a lot of important information about subjects like history and science from comic books. It was easier and more fun than actually reading.

Here is a comic book from 1957 called Life Stories of American Presidents. Each president up to that time (it ends with Eisenhower) gets at least a page, and some of the more significant presidents such as Lincoln get as many as eight pages.

Now you or anybody else who might need a quick education on American presidents, but who prefer pictures to words, can view this comic book online. It is found at Comic Book Plus, an amazing site that offers online viewing of vintage comic books and other related literature. Best of all, the comic books are in the public domain, so you can download this one and many others.

We don’t know whether Trump was a fan of comic books as a kid, though he is the right age. So maybe this is the way to school him on subjects such as the history of the presidency. 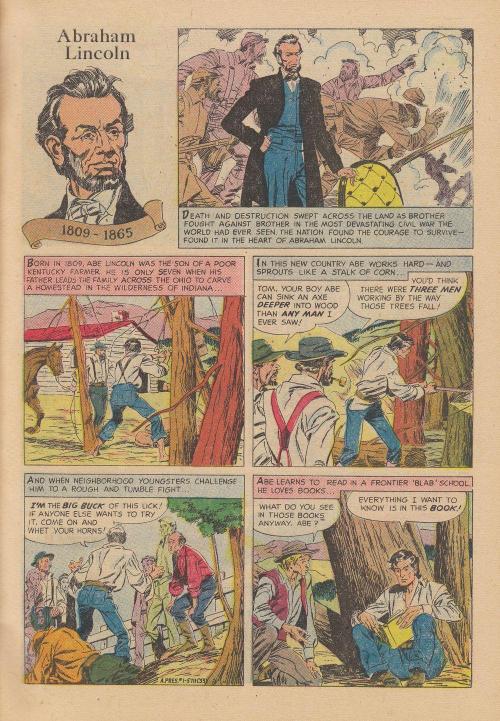 He might learn that there used to be another most corrupt president:

He might learn that there used to be another worst president:

He might learn that other presidents may have accomplished more than him during their presidency: 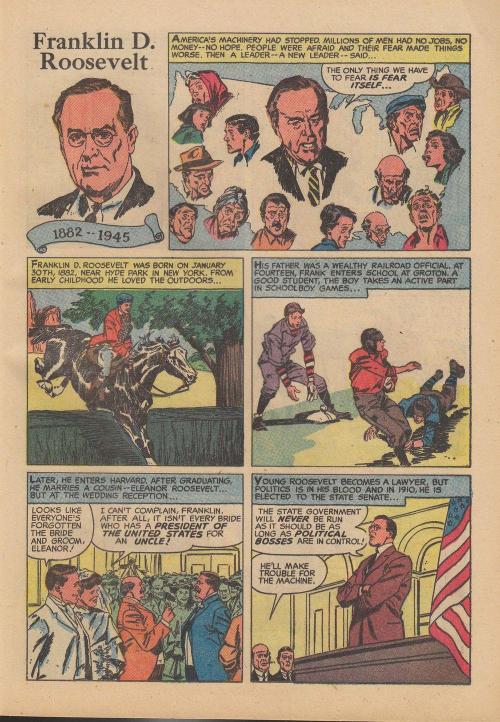 So much to learn when you know so little. That’s why comic books might help.