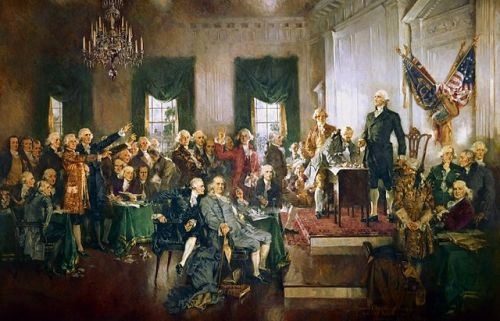 Possibly the most famous and prophetic quote from the American Constitutional Convention is attributed to Benjamin Franklin. America was not just a new nation; it was a new kind of nation, so naturally people wondered just what kind of a nation it was to be:

As Benjamin Franklin left the Constitutional Convention, on September 18, 1787, a certain Mrs. Powel shouted out to him: “Well, doctor, what have we got?,” and Franklin responded: “A Republic, if you can keep it.”

America has voted, there will be a Democratic-led House, and it appears that the Republic, which has been under serious internal siege for the past two years, is a little closer to again being kept.

It is just one step toward having an effective check on a leader and a ruling party intent on subverting virtually all of the principles that Franklin and friends embodied in the new nation. But a step in the right direction it is.

Franklin and friends are cautiously relieved. They, more than any, know how hard this is. So they are smiling a little. And so are many Americans.