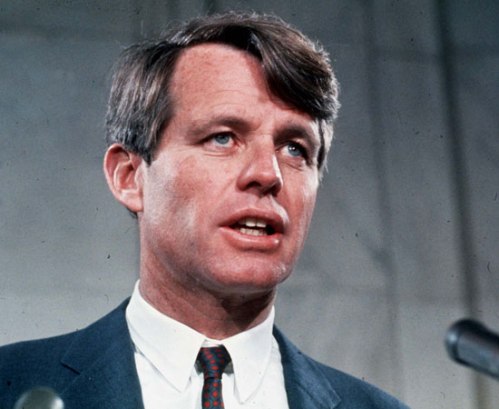 Come, my friends,
‘T is not too late to seek a newer world.
Ulysses by Alfred, Lord Tennyson.

Bobby Kennedy was killed 50 years ago today, in the midst of what might have been a successful campaign for the Democratic nomination and for the presidency in 1968. We don’t know unwritten stories. He was 42 years old.

You will find plenty of perspectives on Bobby Kennedy published today, and in the dozens of books and hundreds of essays written about him and his place in history. I’ve written about him too, but today I find myself with little new to say.

Instead, I’ll quote, as I have before, from a poem he recited on the campaign trail.

The poem is Ulysses (1842), written by Alfred, Lord Tennyson.

Imagine that. A 20th century politician reciting a 19th century poem about a hero who first appeared more than two thousand years earlier. Not just any poem and hero, but an idealistic poem about a hero who reluctantly takes on a mission. Having already sacrificed family life for duty, he can’t help but set out one more time. Leaving the life of ease behind, he fiercely pursues a dream until the end of days.

The language of the poetry may be old-fashioned to the modern ear, but please read it carefully. It remains a timeless description of what drives people to mission and sacrifice, in spite of the lure of comfort and the toll of years. If America needed that—and almost got it—in 1968, we need it now.