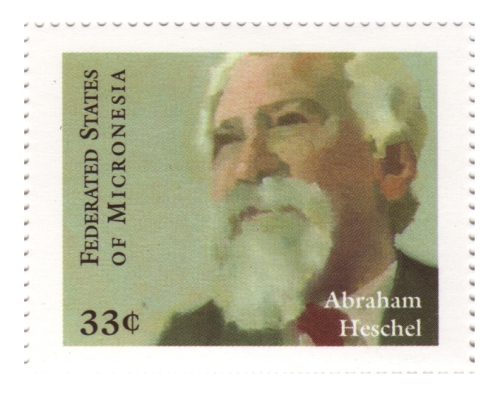 Each Passover is an opportunity to craft a special theme and text for the seder meal and celebration. The haggadah is the guide to the seder. It always incorporates the traditional order and elements that have been a part of the seder for centuries—most especially the retelling of the exodus story. Beyond that, one can follow the same exact text year after year, or can get creative. In recent years, creativity has been a hallmark of Passover and the haggadah.

It is a happy struggle for me to determine which haggadah to use for seder. Happy because it is a way to deeply consider Passover, the seder, and the group of guests joining us at the table. Our library has haggadot from years past, both those in published book form and those made up of pages printed and compiled ourselves. (I am a little partial to the one that includes scenes from The Ten Commandments movie.)

After weeks of study, and with a previous suggestion about using FDR’s Four Freedoms as a possible theme, I’ve decided to make this a seder featuring the words of Abraham Joshua Heschel. I’ve mentioned Heschel a few times in this blog (and mentioned his daughter, Professor Susannah Heschel, too). I’ve run out of superlatives to recommend his work. So as I’ve said before, he is the great Jewish thinker and writer of the 20th century, and that is only the start. He is also a model of enlightened religious thought in action. He marched with Dr. King in Selma—as can be seen in the famous photo, Heschel looking every bit the bearded biblical figure. And it was to Heschel’s seder that Dr. King planned to go in April 1968, when he was gunned down in Memphis.

In that same vein, here is a message that Heschel sent to President Kennedy in 1963:

I look forward to privilege of being present at meeting tomorrow at 4 p.m. Likelihood exists that Negro problem will be like the weather. Everybody talks about it but nobody does anything about it. Please demand of religious leaders personal involvement not just solemn declaration. We forfeit the right to worship God as long as we continue to humiliate Negroes. Church synagogues have failed. They must repent. Ask of religious leaders to call for national repentance and personal sacrifice. Let religious leaders donate one month’s salary toward fund for Negro housing and education. I propose that you Mr. President declare state of moral emergency. A Marshall Plan for aid to Negroes is becoming a necessity. The hour calls for high moral grandeur and spiritual audacity.

Now begins my review of Heschel’s volumes, looking for small excerpts that will convey the essence of Heschel and the holiday, but won’t make the seder too long. For me, if we just took part in the seder, ate a great meal, and read Heschel aloud all night, it would be fine. Let’s see how that goes.

For an introduction to the words and works of Abraham Joshua Heschel:

The Wisdom of Heschel

I Asked For Wonder: A Spiritual Anthology

“Never once in my life did I ask God for success or wisdom or power or fame. I asked for wonder, and he gave it to me.”

3 Comments to “A Heschel Haggadah”