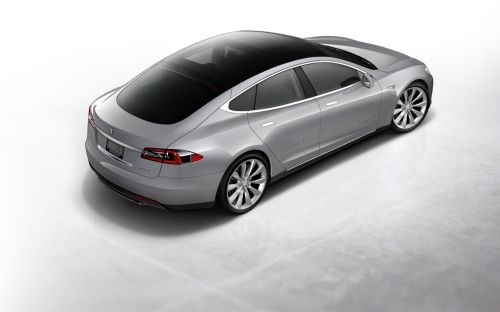 “Now, I like green energy as well, but that’s about 50 years’ worth of what oil and gas receives. You put $90 billion — like 50 years’ worth of breaks — into solar and wind, to Solyndra and Fisker and Tesla and Ener1. I mean, I had a friend who said, you don’t just pick the winners and losers; you pick the losers.”

Today, that “loser” Tesla won. The Tesla Model S was named by Automobile Magazine as the 2013 Automobile of the Year:

The auto industry is tough enough for a giant like General Motors. What we can say with this award is that Tesla deserves to succeed. It has managed to blend the innovation of a Silicon Valley start-up, the execution of a world-class automaker, and, yes, the chutzpah of its visionary leader [Elon Musk]. The result is the Model S. It’s not vaporware. It’s our Automobile of the Year.

Sometimes picking winners and loser is difficult. Sometimes it’s not. 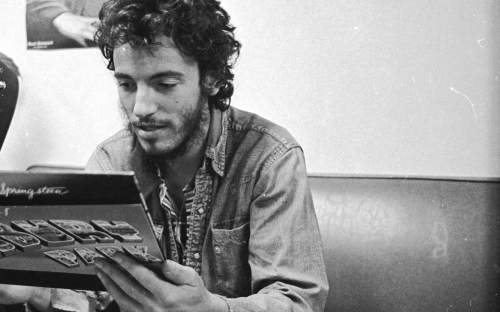 The challenge of being a pop culture maven is that songs, movies and TV shows are regularly running around in your head, just waiting for a hook in the other real world. Then something happens and the connections light up, seemingly by themselves.

As soon as it was certain that the storm would hit the Jersey shore, Bruce Springsteen’s 4th of July, Asbury Park (Sandy) became the involuntary soundtrack. It is from his career-making second album, The Wild, The Innocent & The E Street Shuffle.

It is a sweet and melancholy song, more folk than rock. It seems to be about leaving a girl behind, but as Springsteen has explained, it is about leaving Asbury Park behind:

And me, I just got tired of hangin’ in them dusty arcades, bangin’ them pleasure machines
Chasin’ the factory girls underneath the boardwalk where they all promise to unsnap their jeans
And you know that tilt-a-whirl down on the south beach drag
I got on it last night and my shirt got caught
And they kept me spinning, babe, didn’t think I’d ever get off…

Did you hear the cops finally busted Madame Marie for tellin’ fortunes better than they do
For me this boardwalk life is through, babe
You ought to quit this scene too

All this (Sandy the storm, Sandy the girlfriend, the Jersey shore, Bruce Springsteen) prompted the question: Between events and people, who’s the boss?

The reflexive answer in the face of natural disasters like this is that events are in charge. As true as that may be, the parallel truth is that when people claim dominion, by building boardwalks and impossibly complex cities, people are in charge too.

Stewart Brand’s Whole Earth Catalog was one of the big inspirations in Steve Jobs’ life and career. In the 1969 issue of the Catalog, Brand stated the premise for his project to help people understand whole systems and master the tools to build and maintain them in an enlightened way. As we rebuild and reflect after Sandy, this is worth keeping in the mix:

We are as gods and might as well get good at it.