Without a Brand New Playbook the Democrats Are Lost 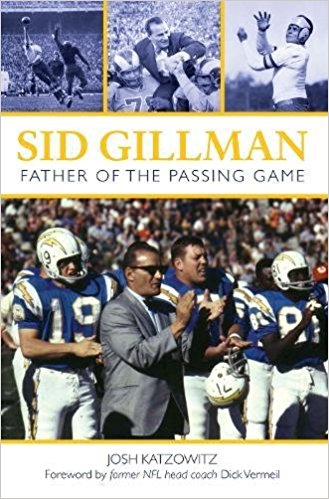 Sid Gillman is a towering figure in National Football League history—in fact, in the history of American football:

He began his coaching career in an era that taught that running the ball was the surest way to victory.

It was a philosophy with which he disagreed. “The big play comes with the pass,” he would tell anyone who would take time to listen. “God bless those runners because they get you the first down, give you ball control and keep your defense off the field. But if you want to ring the cash register, you have to pass.”

Sid went on to become the foremost authority on forward passing offense. He was the first coach to produce divisional champions in both the National and American Football Leagues. Gillman’s first pro coaching job came in 1955 when he became the Los Angeles Rams head coach. In his first year he led the team to a division crown.

The rest is history. Not only did opposing teams have to learn to defend against the big pass play, which opened up the field, but they had to develop new and innovative playbooks of their own.

Like it or not, there is a new playbook in American politics, at least from one of the teams. Maybe—hopefully—it will return to a game that unconditionally rewards excellence, competence, integrity, morality, ethics, reasonableness, responsibility, accountability, civility and honesty. But not at the moment.

This isn’t to suggest that Democrats adopt the Trump playbook. But just as with the football teams that had to play against Gillman, the Democrats have to spend time—much of which they wasted in 2017—doing more than tweaking the plays or even finding better players. The old playbook is not going to work in 2018, and for all we know, in the foreseeable future.

Whatever you hear the Democrats propose, whoever you see the Democrats running, ask yourself whether it is part of a brand new playbook, or just updated versions of the same old one. Because without that new playbook, winning will remain often out of reach.