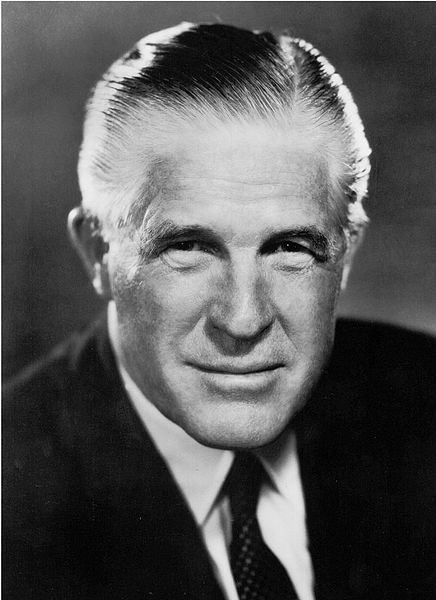 Mitt Romney doesn’t want to be President. This has been apparent for a while, but it seemed so unlikely—so strange for a person who is actually a nominee—that it defied saying. But it is the clearest explanation of everything that is happening.

Why would Romney run if he doesn’t want the office? The clichéd but useful explanation goes to a father-son dynamic.

In at least one objective respect, Mitt has spectacularly surpassed George Romney. Mitt Romney is a very, very rich man, wealthier than his father ever was.

As a businessman, it is a little more complicated. George Romney was, as the saying used to go, a captain of industry. He worked his way up to become head of one of the largest automakers, back when that mattered much more than it does now. Even if American Motors wasn’t one of the Big Three, it was a notable, forward-looking player in the field.

Mitt Romney’s success is different. Even treating the financial world as a discrete industry, which it of course is, the term “captain of industry” doesn’t seem to apply to Mitt. In the annals of financial history, no one will be talking about the creativity of Bain Capital the way business historians still do about the ahead-of-its-time thinking that marked American Motors—the company that believed the oversized car era was over, and that consumers would be buying compact and efficient automobiles. Eventually they would.

Politics is where the distinction is sharpest. George Romney was elected Republican Governor of Michigan three times—a state that was then decidedly Democratic. He had substantial political appeal and support, but his dream of being President was scuttled in part by the infamous “brainwashing” incident. He had visited Vietnam, and was told by the generals how well the war was going—in spite of evidence to the contrary. When he spoke about his opposition to the war, he said he had been “brainwashed” by the generals. George Romney’s political career never recovered.

As a politician, Mitt Romney has run for office just twice, and won only once. He was defeated for U.S. Senate from Massachusetts in 1994, and then was elected Governor in 2002. He chose not to run for re-election in 2006. Indications were that he would have a difficult race, and he instead began his run for the Presidency the day before he left office.

This father-son analysis—that Mitt Romney is trying, at all costs and for whatever reasons, to do what his father never could—may sound too easy. But the story of fathers and sons is just about the oldest story ever told. The patriarchal sagas of the Old Testament begin there, and great stories derive their greatness from the fact that some things never change.

Mitt Romney is following a program that he may not see or understand but that he has little or no choice about. It is a program, this running for President, that normally requires some combination of skill and desire. A surplus of one can balance out a deficit in the other. But trying to run without either—which we have never seen in a Presidential race—is bound to produce some anomalous results.

In the case of Mitt Romney, we can set aside the issue of how much political skill he has, though many have their doubts. The real question is how much desire he has. The answer, strangely, is little or none.

The outcome of the election is far from written. In case Mitt Romney loses, there is reason to believe that he will suffer some nagging psychic pain. But given the possibility that it is not something he really wants. there is also reason to believe he will go back to an extraordinarily comfortable life, and secretly be relieved.