Chuang Tzu (Zhuangzi) (c. 369 BCE – c. 286 BCE) is one of two renowned sages of Taoism. The other, Lao Tzu (Laozi), is the reputed author of the Tao Te Ching, but is thought not to be an actual person. Though the details of the life of Chuang Tzu are murky, he is thought to be very real, though not all the writings bearing his name may actually be his.

The adventurous and challenging words of Chuang Tzu are unlike any in global literature, religion or philosophy. Above is his most famous story, repeated and pondered for centuries.

For a slightly bigger picture, following is an excerpt from Chuang Tzu in which the story of the butterfly is found.

Only fools think that they are now awake and that they really know what is going on, playing the prince and then playing the servant. What fools! The Master and you are both living in a dream. When I say a dream, I am also dreaming. This very saying is a deception. If after ten thousand years we could once meet a truly great sage, one who understands, it would seem as if it had only been a morning.

From The Book of Chuang Tzu
Translated by Martin Palmer

Chapter 2
Working Everything Out Evenly

‘How do I know that the love of life is not a delusion? Or that the fear of death is not like a young person running away from home and unable to find his way back? The Lady Li Chi was the daughter of a border warden, Ai. When the state of Chin captured her, she wept until she had drenched her robes; then she came to the King’s palace, shared the King’s bed, ate his food, and repented of her tears. How do I know whether the dead now repent for their former clinging to life?

‘Come the morning, those who dream of the drunken feast may weep and moan; when the morning comes, those who dream of weeping and moaning go hunting in the fields. When they dream, they don’t know it is a dream. Indeed, in their dreams they may think they are interpreting dreams, only when they awake do they know it was a dream. Eventually there comes the day of reckoning and awakening, and then we shall know that it was all a great dream. Only fools think that they are now awake and that they really know what is going on, playing the prince and then playing the servant. What fools! The Master and you are both living in a dream. When I say a dream, I am also dreaming. This very saying is a deception. If after ten thousand years we could once meet a truly great sage, one who understands, it would seem as if it had only been a morning.

‘To wait for one voice to bring it all together is as pointless as waiting for no one. Bring all things together under the Equality of Heaven, allow their process of change to go on unimpeded, and learn to grow old. What do I mean by bringing everything together under the Equality of Heaven? With regard to what is right and wrong, I say not being is being and being is not being. But let us not get caught up in discussing this. Forget about life, forget about worrying about right and wrong. Plunge into the unknown and the endless and find your place there!’

The Outline said to the Shadow, ‘First you are on the move, then you are standing still; you sit down and then you stand up. Why can’t you make up your mind?’

The root of the noble is in the common,
the high stands on what’s below.
Princes and kings call themselves
“orphans, widowers, beggars,”
to get themselves rooted in the dirt.
A multiplicity of riches
is poverty.
Jade is praised as precious,
but its strength is being stone.
Ursula Le Guin, Tao Te Ching 39

Playing one’s part
in accordance with the universe
is true humility
So whether you’re a gem in the royal court
or a stone on the common path
If you accept your part with humility
the glory of the universe will be yours
Sam Hamill, Tao Te Ching 39

It is the Chinese New Year. Here is something randomly selected from the Chinese classic Tao Te Ching—the seminal text of Taoism, one that has served as the first step for many on the path to Asian wisdom.

The selection is Chapter 39 of the 81 chapters. Following are just a few of the countless translations, interpretations and commentaries.

Chapter 39 may be a bit more obscure and less straightforward than some others. The closing theme is humility, particularly the humility of sages and leaders.

Ursula K. Le Guin, Tao Te Ching: A Book about the Way and the Power of the Way

Those who of old got to be whole:

The root of the noble is in the common,
the high stands on what’s below.
Princes and kings call themselves
“orphans, widowers, beggars,”
to get themselves rooted in the dirt.

A multiplicity of riches
is poverty.
Jade is praised as precious,
but its strength is being stone.

From ancient times till now
the One has been the source of all attainments
By realizing the One
Heaven becomes clear, Earth becomes still
spirits gain power and hearts fill up with joy
By realizing the One
kings and lords become instruments of peace
and all creatures live joyfully upon this earth
Without the One
Heaven has no clarity and would crack
Earth has no peace and would crumble
spirits have no power and would lose their charm
Without the One
hearts would dry up, empires would fall,
all things would go lifelessly upon this earth

The sky, lacking clarity, would break apart
The earth, lacking tranquility, would erupt
The gods, lacking divinity, would vanish
The valley, lacking abundance, would wither
Myriad things, lacking life, would be extinct
The rulers, lacking standard, would be toppled

Crow and heron, goose and crow. And fish.

“Now, about what it means to realize conclusively that what is unborn and marvelously illuminating is truly the Buddha Mind: Suppose ten million people got together and unanimously declared that a crow was a heron. A crow is black, without having to be dyed that way, just as a heron is white—that’s something we always see for ourselves and know for a fact. So even if, not only ten million people, but everyone in the land were to get together and tell you a crow was a heron, you still wouldn’t be fooled, but remain absolutely sure of yourself. That’s what it means to have a conclusive realization. Conclusively realize that what is unborn is the Buddha Mind and that the Buddha Mind is truly unborn and marvelously illuminating, and everything will be perfectly managed with the Unborn, so that, whatever people try to tell you, you won’t let yourself be fooled by them. You won’t accept other people’s delusions.”
Bankei Zen

“You, Sir, if you want to stop everything below Heaven losing its original simplicity, you must travel with the wind and stand firm in Virtue. Why do you exert yourself so much, banging a big drum and hunting for a lost child? The snow goose doesn’t need a daily bath to stay white, nor does the crow need to be stained every day to stay black. Black and white comes from natural simplicity, not from argument. Fame and fortune, though sought after, do not make people greater than they actually are. When the waters dry up and the fish are stranded on the dry land, they huddle together and try to keep each other moist by spitting and wetting each other. But wouldn’t it be even better if they could just forget each other, safe in their lakes and rivers?”
Book of Chuang Tzu

Thunder in the Lake/Following (Hexagram 17)

“According to King Wen’s arrangement of the eight primary gua (trigrams of the I Ching), Thunder symbolizes the sun rising in the east, and Lake the sun setting in the west. ‘Thunder in the midst of Lake’ symbolizes that sunrise will surely follow sunset, that time continues in the proper order.

“This gua (hexagram) is very special, for it possesses the four virtues, as do the first and the second gua: yuan, heng, li, zhen….the four attributes of Heaven, symbolizing the virtues of an emperor, a leader, or a superior person. Yuan means sublime and initiative. Heng means prosperous and smooth. Li means favorable and beneficial. Zhen means steadfast and upright. Throughout the I Ching you will find these four phrases attributed to certain gua, though few are so auspicious as to have all four. These four Chinese characters also indicate the functions of the four seasons of a year: originating, developing, maturing, and declining, referring to spring, summer, autumn, and winter.” (Alfred Huang) 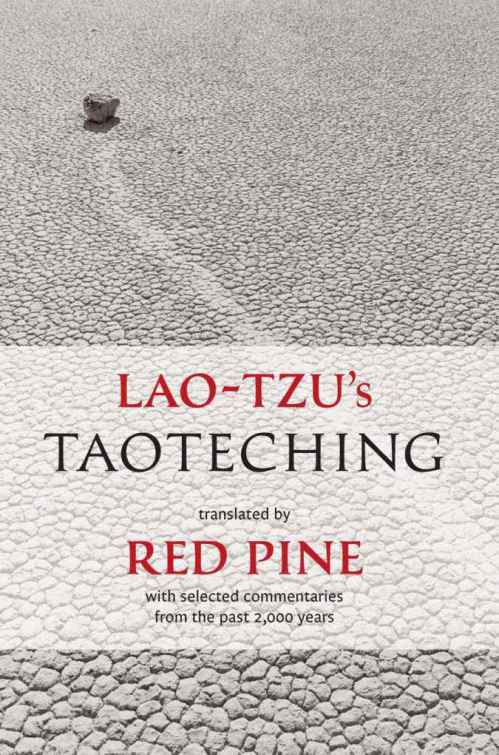 “The world is a spiritual thing.”

Reading and studying the little (81 tiny chapters) and infinite pool of Lao-tzu’s Tao Te Ching is as valuable as knowing any text from any tradition. Of the dozens of translations into English, all different and many worthy, the one by Red Pine—the translator and scholar Bill Porter—is the place to visit and rest awake. Along with his translation, he includes excerpts from 2,000 years of commentaries.

For now we see in a mirror, dimly, but then we will see face to face. Now I know only in part; then I will know fully, even as I have been fully known.
1 Corinthians 13:12 (New Revised Standard Version)

Can you keep your crescent soul from wandering
can you make your breath as soft as a baby’s
can you wipe your dark mirror free of dust
can you serve and govern without effort
can you be the female at Heaven’s Gate
can you light the world without knowledge
can you give birth and nurture
but give birth without possessing
raise without controlling
this is Dark Virtue
Verse 10, Lao-tzu’s Taoteching
Translated by Red Pine

“Our spirit dwells in our eyes. When the eyes see something, the spirit chases it. When we close our eyes and look within, everything is dark. But within the dark, we still see something. There is still dust. Only by putting an end to delusions can we get rid of the dust.”
Commentary on Verse 10 by Wu Ch’eng (1249–1333)