More About Compassion Toward Things

These are the creatures and objects that are spoken of as the possessions of this individual: his animals and his walls, his garden and his meadow, his tools and his food. In so far as he cultivates and enjoys them in holiness, he frees their souls. “For this reason a man must always be compassionate toward his tools and all his possessions.”
Martin Buber, The Legend of the Baal Shem Tov

I earlier wrote about the concept of compassion toward your things. Here is a bit more.

What does it mean to be compassionate toward your things, to be “feeling with” them? This is easier to conceive if the thing is something alive like a pet, or something once growing but now picked like some of the food on your plate. But a chair is just a chair; does it really need your compassion to set its soul free?

The Buddhist concept of the trichiliocosm (also known as trisāhasramahāsāhasralokadhātu) “posits that any given thought-moment perfectly encompasses the entirety of reality both spatially and temporally…. the microcosm contains the macrocosm and temporality encompasses spatiality. Thus, whenever a single thought arises, there also arise the myriad dharmas; these two events occur simultaneously, not sequentially.” (Princeton Dictionary of Buddhism):

Trisāhasramahāsāhasralokadhātu. In Sanskrit, literally “three-thousandfold great-thousandfold world system,” but typically translated as “trichiliocosm”; the largest possible universe, composed of (according to some interpretations of the figure) one billion world systems, each of which have a similar geography, including a central axis at Mount Sumeru, four surrounding continents, etc.

In his translation of The Diamond Sutra, Red Pine reflects on a related point:

Chapter 1: One day before noon, the Bhagavan put on his patched robe and picked up his bowl and entered the capital of Shravasti for offerings. After begging for food in the city and eating his meal of rice, he returned from his daily round in the afternoon, put his robe and bowl away, washed his feet, and sat down on the appointed seat. After crossing his legs and adjusting his body, he turned his awareness to what was before him.

In ancient India, the main staple was glutinous rice, which was eaten with the hands by forming it into balls. The term pinda occurs again at the end of the sutra in Chapter Thirty, where it includes the biggest of all lumps: a universe of a billion worlds. This is not accidental, for the practice of charity and the concept of an entity, either compounded of smaller entities or compounding a greater entity, run throughout this sutra. In the chapters that follow, the Buddha takes us through a series of synonyms for the entities of reality and compares the results of offering such things as a ball of rice, a universe of jewels, numberless existences, or a four-line poem.

The Buddha said, “Subhuti, what do you think? Are all the specks of dust in the billion-world-system of a universe many?”

The Buddha turns from this teaching to the sanctuary where this teaching was being taught, namely, the vihara outside Shravasti where both he and Subhuti were sitting. If the teaching of prajna is no teaching, what about the world in which it is taught? The Buddha begins with the smallest perceivable constituents of matter and the largest conceivable entity that they comprise.

Chapter Thirty: “Furthermore, Subhuti, if a noble son or daughter took as many worlds as there are specks of dust in a billion-world universe and by an expenditure of limitless energy ground them into a multitude of atoms, Subhuti, what do you think, would there be a great multitude of atoms?…The Buddha said, “Subhuti, attachment to an entity is inexplainable and inexpressible. For it is neither a dharma nor no dharma. Foolish people, though, are attached.”

All things big and small are locked in an endless sleight of hand in which each negates the reality of the other. And yet we all look for something to grab. Sometimes, we grab the biggest thing we can find. Sometimes, we grab the smallest. The people of Shravasti offered the Buddha balls of rice. Were the balls of rice real, or the grains of rice? The Buddha ate what he found in his bowl. So, too, do Zen masters swallow the world and all its mountains and rivers. And the reason they can do this is because mountains and rivers do not themselves exist but are simply names we give to momentary combinations of causes and conditions that are themselves momentary combinations of causes and conditions: universes made of specks of dust made of specks of dust made of specks of dust that form universes that form universes that form universes. Zen masters swallow names and concepts, while the entities they represent change. Mountains and rivers and the ten-thousand things all change. If they did not, we would be in trouble. We would have no hope of liberation. But because nothing exists as an independent, permanent entity, there are no obstructions on the path to enlightenment. Foolish people, though, refuse to walk this path. They see nothing but obstructions. Buddhas see offerings and turn these offerings into dharmas.

Compassion Toward Your Things 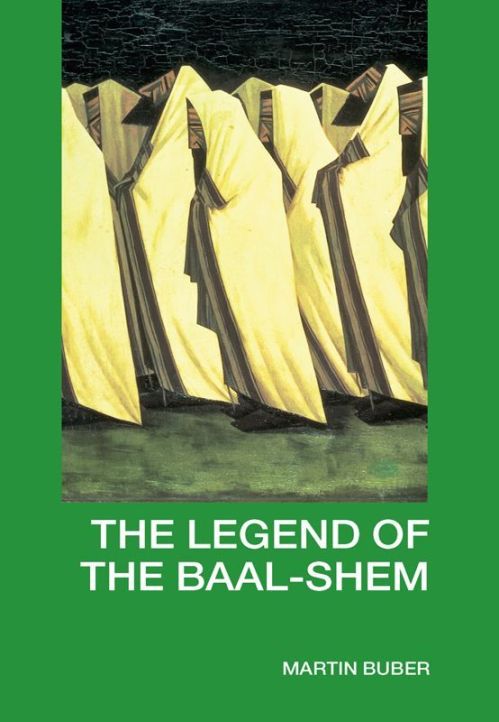 Much is said and written, in many traditions, about awareness, mindfulness and realization. But this one thought, said just this way, is new to me.

Speaking for the Baal Shem Tov, the first ancestor of Hasidic Judaism, Martin Buber writes about our relationship not just with creatures but with our things. The idea of being compassionate toward your possessions may seem eccentric. Nothing could be more central. If everybody—and everything—is not free, who is?

From The Legend of the Baal-Shem:

Around each man—enclosed within the wide sphere of his activity—is laid a natural circle of things which, before all, he is called to set free. These are the creatures and objects that are spoken of as the possessions of this individual: his animals and his walls, his garden and his meadow, his tools and his food. In so far as he cultivates and enjoys them in holiness, he frees their souls. “For this reason a man must always be compassionate toward his tools and all his possessions.”

The Furniture of Religion

When I look at the religions I practice or have a studied interest in—Judaism, Buddhism, and Christianity among them—I see empty houses and furniture.

Some religions seem to begin with emptying the previously stuffed house, or at least minimizing the furniture. Buddhism and Christianity look like this, at least in the beginning. But the nature of religious evolution is to buy, borrow or build furnishings to fill the rooms, because it seems an improvement and because it is what people seem to like in their homes. And so, thousands of years later, you find plenty of variety in the Buddhist and Christian neighborhoods—some very grand constructions spiritually, intellectually, and physically, that seem a long way from the original simple houses.

Judaism, which like Hinduism harks back to a more ancient world where more is more, begins overstuffed (or in the Yiddish expression, ongeshtopt, meaning overstuffed). There have been continuing movements to strip down the Jewish furniture to basics and barer floors and walls, the most powerful of which has been the Hasidic stream, flowing from the Baal Shem Tov in the 18th century. (But in the spirit of exponential furnishing, the Hasidic movement became more and more overstuffed over the next few hundred years, leaving the Besht’s house barely recognizable.)

Regular readers know my appreciation for religion and my practice of Zen, which for me remains the best (but not only) way to clear out the furniture, or at least see through it to the basic house, or even to see through the house itself to where it sits in the universe. Once there, you can bring in the furniture you really need, whatever the period or the style. 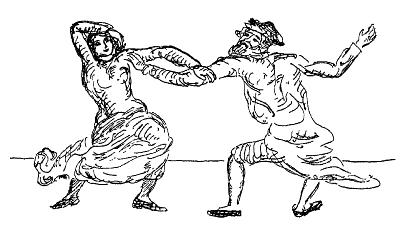 The Baal Shem Tov is the eighteenth-century founder of the Hasidic movement in Judaism. Jews and non-Jews who know the modern versions of the movement often don’t know much about its beginnings. Some of those contemporary manifestations may seem distant from the original spirit.

We have no writings by the Baal Shem Tov, so we rely on the records of his disciples, and on legends and stories that have come down the years—and that still have a remarkable power to inspire. Their authenticity is not in their being a verbatim record of what was said and what happened. Instead, they are an unmistakable reflection of a unique spiritual figure from any age or faith.

The Baal Shem Tov believed in and lived the direct experience of God everywhere in everything. Study and conventional piety took second place, which made him unpopular with the establishment, and would still today. He thought we should be outdoors in the trees, not indoors at the desks. Living in a divine state of optimism, joy and wonder was the ideal. People who live that way, of course, are remarkably hard to control.

This story is taken from The Golden Mountain (1932) by Meyer Levin.

Already the voices of opponents were raised against the Baal Shem’s teaching, for many
rabbis could not understand his ways. Some said of him that he dishonored the Sabbath with singing and freedom, some said that his ways and the ways of those who followed him and called themselves Chassidim were truly the ways of madmen.

One of the scholars asked of the Baal Shem, “What of the learned rabbis who call this teaching false?”

The Baal Shem Tov replied, “Once, in a house, there was a wedding festival. The musicians sat in a corner and played upon their instruments, the guests danced to the music, and were merry, and the house was filled with joy. But a deaf man passed outside the house; he looked in through the window and saw the people whirling about the room, leaping, and throwing about their arms. ‘See how they fling themselves about! ‘ he cried, ‘it is a house filled with madmen! ‘ For he could not hear the music to which they danced.”