Now that we have completed heaven on earth, former astronaut Buzz Aldrin says we should start migrating to Mars 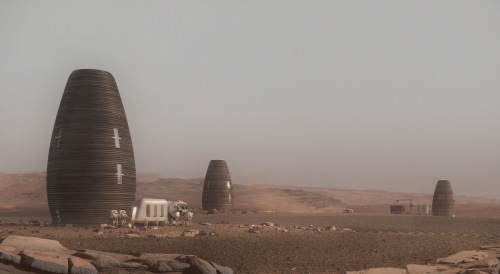 The percentage of people living in extreme poverty globally fell to a new low of 10 percent in 2015 — the latest number available — down from 11 percent in 2013, reflecting steady but slowing progress, World Bank data show. The number of people living on less than $1.90 a day fell during this period by 68 million to 736 million.

Buzz Aldrin, one of the first astronauts on the moon, says that both the US and the wider international community

“Should focus on opening the door, in our time, to the great migration of humankind to Mars.”

It’s true that humankind has been able to walk and chew gum at the same time, that is, pursue various initiatives in very different spheres. You can definitely see migration to Mars as simply the next frontier for our pioneering instincts (and our power/mercenary instincts too).

But it is also possible to see this as responsible parties turning their backs on important but seemingly intractable situations. Poverty, as just one example of the areas to address, looks a little brighter, given a one-percent reduction over five years. On the other hand, 736 million people living on $1.90 a day doesn’t sound all that great.

Human beings, as individuals and communities, want to do all kinds of exciting and forward-looking things. We shouldn’t throw gratuitous shade on those initiatives. But whatever the vision of heaven on earth, we shouldn’t pretend that we are anywhere near that.