“Trump allies see his involvement in shooting as overblown.” 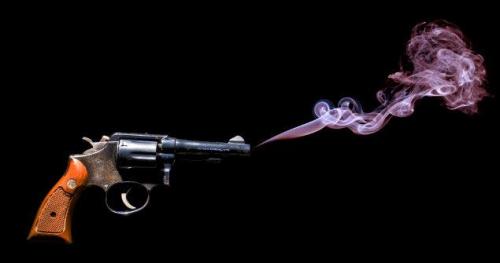 “I could stand in the middle of 5th Avenue and shoot somebody and I wouldn’t lose voters.”
Donald Trump, 23 January 2016

There is no evidence that Trump has shot someone on 5th Avenue or elsewhere—or more likely that he has had someone shot, since he probably wouldn’t do it himself.

Whether or not he would lose voters if that happened, it is certain that he wouldn’t lose the support of his circle of self-serving sycophants or Republicans in Congress.

It was almost two years ago, on the campaign trail in Iowa, that Trump announced his immunity from the norms of politics, or for that matter the norms of civil behavior. Rather than concern that this might be the ranting of a disturbed and anti-social individual, it was shrugged off as the rhetoric of a colorful fringe candidate, as “Just Trump being Trump.”

That fringe candidate is now president. “Just Trump being Trump” is a mantra that is now repeated in the wake of whatever he says or does. Anything, anytime, anywhere. Even if that crazy Iowa rhetoric turns from fantasy to fact.