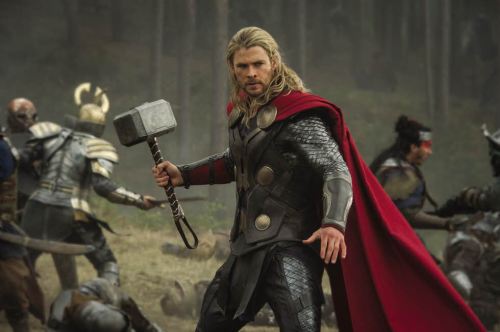 Nobody wants to hear from word nerds. They just stifle creativity and block linguistic evolution with their definitions and rules. Humpty Dumpty from Alice in Wonderland is the man (or eggman): words mean exactly what anybody says they mean.

Except they don’t, or they can’t or shouldn’t. If you tell a doctor you have a pain in your leg, and she examines and treats your arm, because leg now means arm, everybody has a problem.

Here’s the TMZ story that’s been widely picked up:

Chris Hemsworth and Elsa Pataky — Give Birth to Twins
Thor’s Got Twins Now!

Chris Hemsworth and his wife are at Cedars Sinai Medical Center right now giving birth to twins … TMZ has learned.

It’s ultra-high security in their hospital suite … we’re told 2 security guards are standing at the door.  Chris is strolling the hallway and is being escorted with a guard.

Chris and his wife Elsa Pataky already have one baby — India Rose Hemsworth who is now 22 months old.  She’s about to have a couple new siblings.

This led to headlines like this one in the New York Daily News:

Nobody may care, except for mothers, doctors, and Mrs. Chris Hemsworth, but “giving birth” is not the same as parents having a baby. “Birth” is variously defined as “The emergence and separation of offspring from the body of the mother” or “The event of being born, the entry of a new person out of its mother into the world.”

Chris Hemsworth can be a proud and involved daddy. So can Thor. But neither of them can give birth, no matter what TMZ or the Daily News say.