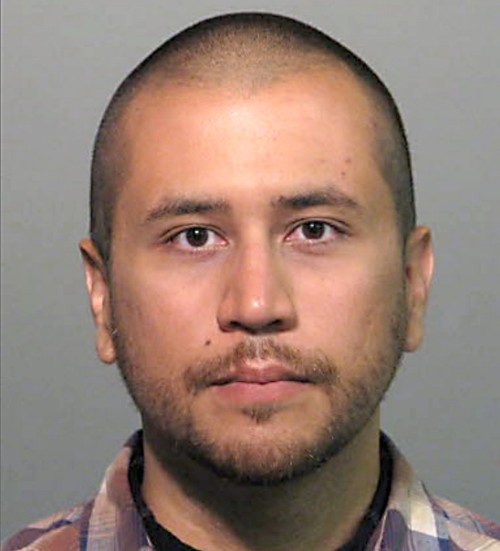 It’s easy to see how we’ve come to confuse the legal and the moral. Here and everywhere, laws are put in place that offend a general or specific sense of what is right, so we tend to connect the two. We’re also so used to seeing the legal system in media that it occupies a lot of our thinking. Even though those movies and shows try to include moral dilemmas for lawyers and clients, it’s the law that intrigues and entertains us. We have not yet had a hit television show featuring a team of super-attractive philosophers hammering out the fine points of moral right and wrong.

George Zimmerman is not guilty, at least of the crimes charged in Florida. We are awaiting possible federal civil rights charges or a wrongful death civil lawsuit. But we have no official moral court, and so we can consider where he might stand before that bench.

Every minute, people around the world, people you know, maybe even you, cross some pretty bright moral lines, and we don’t put them in jail. Not that they don’t deserve to somehow be punished, but the legal system doesn’t fit the deed, and anyway, our prison overcrowding would be exponentially more critical.

There are lots of killings we allow or sanction, including self-defense, war and capital punishment. (It would be disingenuous and dishonest not to include abortion—not because it is or isn’t killing, but because from the moral perspective of some, it is killing that we legally allow, and we can’t have the already underserved moral discussion without at least mentioning it.)

George Zimmerman killed Trayvon Martin. It is an unrefuted, admitted fact. The legal system, in its first but maybe not last swipe at the situation, has found him not guilty of a particular crime. For the record, for those who think the justice system failed, be aware that it was never enough for the jury to believe that Zimmerman was a liar and that his version of the scenario made no sense at all. The jury could only convict on the basis of another, more damning scenario—a scenario many of us could easily imagine, but a scenario the prosecution could never paint from the evidence they had to work with. The jury is allowed to draw inferences but can’t just use their imagination the way we can.

George Zimmerman killed Trayvon Martin, and many of us have come to the reasonable, non-legal conclusion about how it happened. People who reach that conclusion want him to be punished, not just for retribution, but to prevent something like this every happening again. Even if further legal proceedings don’t end up punishing him, many have the clear sense that he crossed a moral line and he was very wrong. That’s something that gets lost in all the fascinating legal discussion. You don’t have to be guilty to be wrong. And ever if there isn’t some sort of moral jail, that is still a big deal.

Which brings us to the apology. Even giving credit to the Zimmerman account, the killing happened, he did it, and all the legal exoneration can’t take it back or make it better. Apologies have gotten an increasingly bad name; just look at how the Republicans used it as pejorative in describing President Obama’s early “apology tour” of the world. (It does make you wonder what home life is like for some of those politicians, who in the face of expected apology refuse, not wanting to seem weak or ineffectual. Marriage counseling alert.)

George Zimmerman should apologize to Trayvon Martin’s family. Fully and sincerely. In legal terms, he can’t, of course, since there are still proceedings possible or likely. In moral terms, though, experts say that the need to confess is the best friend of police and prosecutors, because truth is a heavy weight that needs lifting. He is actually half-way to a confession anyway, since we know he shot Trayvon Martin. He doesn’t even have to detail the circumstances in any way different than he has, even if it’s not true.

All he has to say is this: I shot him I killed him. Whatever the law says, I was wrong. I’m sorry.