The World Makes Sense Of America, One Front Page At A Time 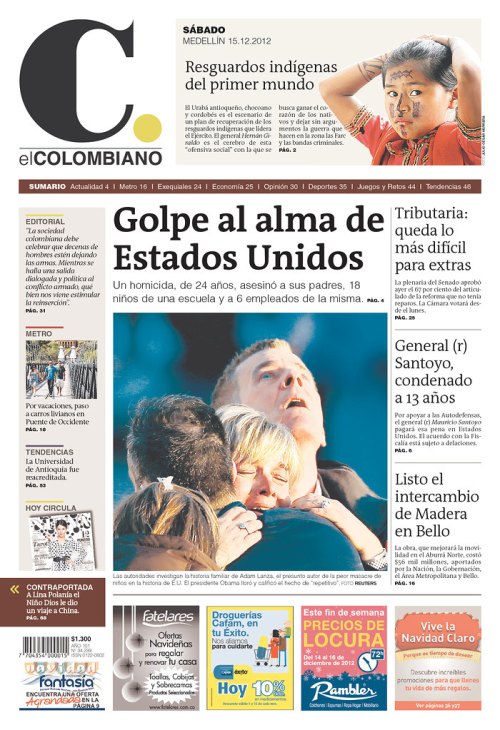 The Newseum in Washington, D.C. is America’s news museum. It is a valuable resource that fortunately offers a lot of online content. One of its focuses is the still alive and kicking medium of print newspapers, and the Newsuem offers something that highlights one unique feature of these supposed media dinosaurs. Each day the Newsweum collects the front pages of hundreds of American and global papers and makes them available digitally.

For particular eventful days, like 9/11, the Newseum archives those front pages for posterity. The archive for Saturday, December 15, 2012, the day newspapers first reported about Sandy Hook, is particularly enlightening. Most nations had at least one front page featuring the story. American gun culture is so singular, even in places undergoing short-term or protracted states of war, that the stories mix perplexity with maybe some sense of “we’ve got plenty of problems, but this ain’t one.”

Even for those who love a well-crafted Web page or mobile screen, newspaper front pages remain an expressive art form, a story before and within the story. This is at its truest and most challenging in the face of big events.

The one above is from Medillin, Colombia. Medillin is the country’s second largest city and the infamous home of the Medillin drug cartel, which for about two decades terrorized the nation. Medillin is no stranger to brutality and guns.

Here are a few more:

Austria
Has America Learned from the Pain This Time? 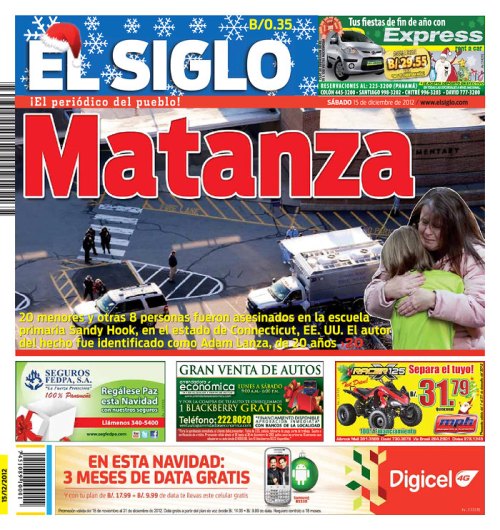 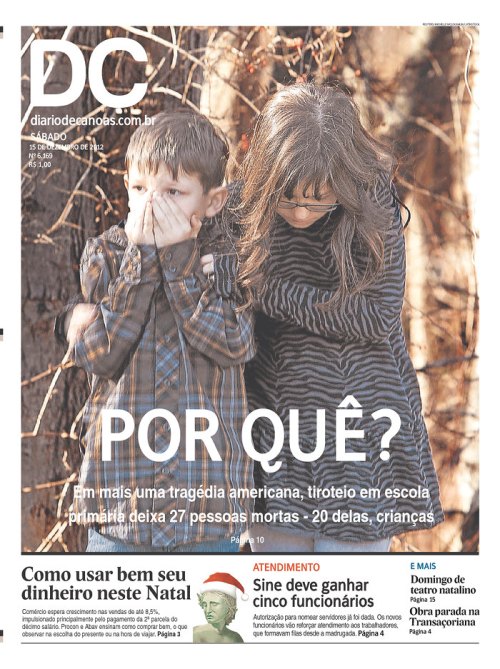