Dick Clark, who died this week, was a pop culture polymath and phenom. He became expert in so many aspects of emerging entertainment forms, inventing some, exploiting others, and almost everything he touched turned to gold.

Among the less celebrated but fascinating parts of his career are his work as an actor and a movie producer.

Acting was not Dick Clark’s strength, though he made more than a dozen appearances in movies and television, starting in 1960. In Because They’re Young (above), he plays a new high school teacher facing his own personal challenges. His struggles help him understand and get close to his troubled students—something the school administrations frowns upon. Clark followed this in 1961 with The Young Doctors, in which he plays one of them.

Movie production in the 1960s is where we see Clark’s instinct for exploiting pop culture. He produced three movies in 1968, and stars in one of them. In Killers Three he plays a North Carolina backwoods criminal who rips off some bootleggers, and ends up as a killer on the lam (most notably, Merle Haggard plays a sheriff, and composed his classic Mama Tried for the film). Savage Seven was a typical biker gang movie. But the crowning achievement of Clark’s career as movie producer is the hippie epic Psych-Out. 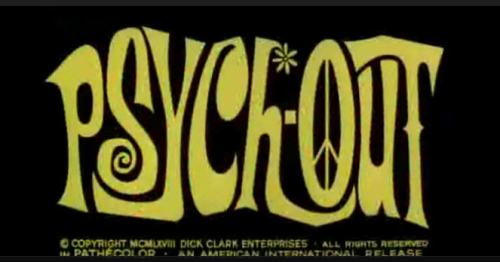 Critics and fans argue about whether Roger Corman-produced The Trip (1967) or Dick Clark-produced Psych-Out is the best of the psychedelic period movies. Both films share cast members, including Susan Strasberg and Bruce Dern; The Trip also has Peter Fonda and Dennis Hopper, while Psych-Out has Jack Nicholson.

There is no contest. Dick Clark produced the great dramatized on-location non-documentary about the last days of love in San Francisco. The plot is ridiculous, and ridiculously complex and fevered. It begins with Jenny (Strasberg), a deaf runaway, who comes to Haight Ashbury looking for her brother The Seeker (Dern), falls in love with musician Stoney (Nicholson), and ends up standing in traffic on the Golden Gate Bridge, her hearing miraculously restored.

We have a lot of major achievements to thank Dick Clark for, but just in case it gets missed, note that Psych-Out is surely one of those. 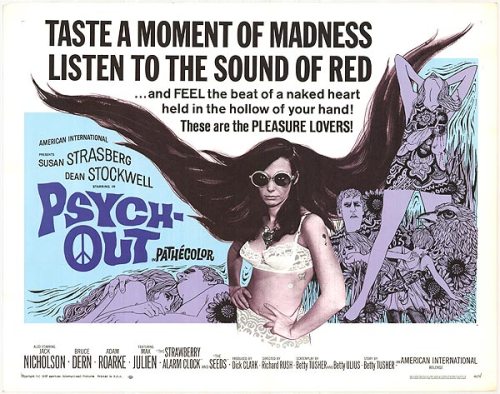