Be an American Maccabee 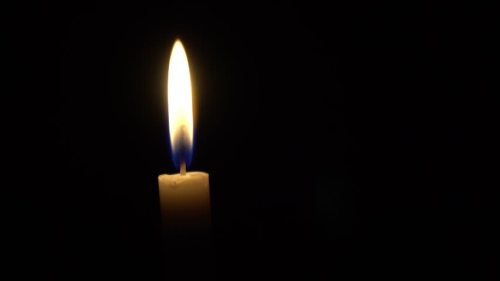 This Hanukkah in America we are all called to be Maccabees. Not only Jews, but everyone.

Our highest values are under siege, from powerful outside forces and from our own choices. We aren’t necessarily certain of our own values. We are busy and distracted. We don’t know how to respond. It is inconvenient and risky. What if we make things worse for ourselves? What if we lose? Even when the temple is desecrated, we may stand by and feel helpless.

Jews among all people know this situation. Instead of standing by we stand up. The history is mixed and messy, the results not always ideal. But since days of old we do it because we are called.

This Hanukkah in America the lights are still burning, if dimming. We can’t depend on others, or even God, to make sure the lights don’t go out. That is up to us, the Maccabees.

Hanukkah as Game of Thrones

The Hanukkah story of the Maccabees and the Hasmonean dynasty they founded is not for children. The aftermath of the overthrow of the Seleucid overlords is for grown-ups, a history of empire, guerilla wars, massacres, alliances made and betrayed, power marriages, expansionism, hegemony, and subjugation. And of course faith—the right kind, the wrong kind, and none at all.

It is the sort of story that belongs in Game of Thrones. You won’t see that series on HBO. We want simple tales of faith and miracles, for ourselves and especially for the kids. And why not? In troubled times and a troubled world, no one can begrudge any injection of light or miracles we can find or conjure up.

For a summary of this history, see this from the Israeli newspaper Haaretz: A Brief History of a Violent Epoch: Judas Maccabeus’ death would mark the end of the Maccabean revolt against the Greeks – and the start of the extremely unstable Hasmonean dynasty.

Here is a chart that outlines the chronology of the Hasmonean Dynasty:

Hanukkah has never been a major Jewish religious holiday, not on a par with Yom Kippur, Rosh Hashanah, Passover, and the rest. The events celebrated on Hanukkah do not appear in the Jewish bible. The canon of the Tanakh was closed before the Books of Maccabees could be included. Some of those books, though, can be found in Christian versions of the Old Testament.

Hanukkah was elevated, especially in America, as a seasonal companion to Christmas, for Jews living in decidedly Christian cultures. For a complete treatment of this phenomenon, see the book Hanukkah in America: A History.

The comparison to Christmas does suggest why we don’t have an epic series devoted to the Maccabees and their historical legacy.

The Christmas story has an even bigger and more significant and spectacular sequel. The newly born Jesus grows up to become the foundation of the faith and one of the great teachers in world history. The next part of his mission is told in the story of Easter. Sequels don’t get any bigger, clearer or cleaner than that.

The historical follow-up to the story of the Maccabees is more equivocal. It puts that era in Jewish history in a very real, human, political light that may clash with the simple idealized version of candles and dreidels.

This doesn’t mean we shouldn’t light the candles, eat the latkes, spin the dreidels, and commemorate the victory of God’s rule over the rule of the less godly. It’s just that sometime during the holiday, we might leave behind childish things and look at the history with eyes open. Not because it takes away from the holiday, but because it adds to it a fuller sense and understanding.

And because for two millennia, the exact same complexity has been unfolding in the exact same place. Not a children’s game. More like Game of Thrones. Only much more real.

The Eight Ways of Hanukkah

Hanukkah, which begins at sunset with the lighting of the first candle, may be the most interesting, confusing, and confused of Jewish holidays. Let me count the ways.

1. It is the most historic of the traditional Jewish holidays. The historicity of more important holidays is somewhat shrouded in antiquity, bible stories, and faith. We have a pretty good chronicle of the events commemorated by Hanukkah: the Jewish rebellion of around 163 BCE led by the Maccabee family against the Seleucid/Syrian occupiers of Israel.

2. The best chronicle of Hanukkah is found in the Books of Maccabees. Maccabees is found in the bible, but because of textual happenstance, not in the Jewish Bible. Books of Maccabees are part of the Roman Catholic and Eastern Orthodox bibles, and are apocryphal books of the Protestant bible. But the Jewish biblical canon (the books officially included) was closed before these books were available. So if Jews want to read this particular biblical story, they have to turn to Christian bibles. Not that there’s anything wrong with that.

3. Hanukkah is probably not just about the Maccabees. As with other holidays, including Christmas, it is likely a melding of other seasonal celebrations at that time of year.

4. Because Hanukkah is extra-biblical, it did not achieve the stature of other holidays. You will often see it referred to as a “minor” holiday. In baseball terms, though, Hanukkah is at least AAA minor league, that is, completely ready to play in the majors. Which, as it turned out, it kind of does.

5. How Hanukkah became a much more important holiday than ever is covered by the wonderful book Hanukkah in America. For one thing, the original story of the Maccabees is about fighting not just the occupiers but the tendency of Jews in that situation toward assimilation and Hellenization. This obviously resonated in America, where secular culture and particularly Christmas became a juggernaut.

6. The candelabra used on Hanukkah for the eight nights of lights is usually referred to, by Jews and non-Jews alike, as a menorah. This is not exactly right. A menorah is a lamp, more particularly the seven-armed lamp that is an abiding symbol of Judaism and Israel. The lamp lit at Hanukkah is more properly called a hanukkiah. But hardly ever is.

7. The spelling of the word Hanukkah in English remains an unsettled mess. “Hanukkah” is now prevalent, but there is still plenty of the older “Chanukah” or, less likely, “Chanukkah” or other variations. The problem stems from trying to transliterate a Hebrew word into English—especially a word that has the guttural “ch” sound not heard in English (that is, not “ch” as in China). But as the saying goes: You can spell it Hanukkah or Chanukah, just don’t call me late for latkes. (No, that’s not an actual saying.)

8. This is from a little book that is a century old. The Hanukkah Festival: Outline of Lessons for Teachers (1914) was published by The Teachers’ Institute of the Hebrew Union College in Cincinnati and written by Rabbi Louis Grossmann, its principal. One of the benedictions for lighting the candles goes well beyond Judaism, history, or faith. It should work for just about anyone, tonight and every night.

Eight days long the Lights burned in the homes of our Fathers, and eight days long they rejoiced. One little flask of sacred oil was enough to illumine the Temple and to keep it bright. So each one of us may gladden those with whom we are, and the Light within our heart may make bright all who are about us.