How to Prepare Spiritually for the Debate

The term soul-sucking may be colloquial, but there’s real truth in it. Some things just seem to draw the life force right out of you, creating a spiritual vacuum. Depending on your perspective, this debate could be one of those.

Here are three optional steps for dealing with this. 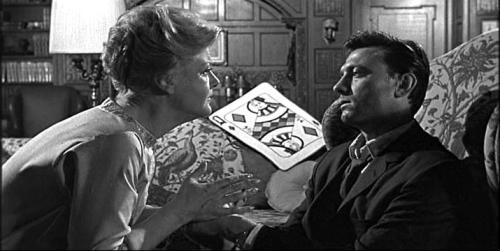 There were two moments of comedy from Saturday night politics, one spontaneous, one planned. And a weird science fiction scene in between.

Comedy. The chaotic opening of the Republican debate was described by Politico as a “train wreck.” But a really funny train wreck:

As Gov. Chris Christie walked out on stage, moderators David Muir and Martha Raddatz called out Dr. Ben Carson. A camera backstage showed Carson starting to walk out, but he stopped himself once he heard the moderators announce the next candidate, Ted Cruz.

Cruz walked out, and Carson stayed put as a stage manager tried to wave Carson on stage. He didn’t move. Donald Trump then walked up next to Carson as his name was called, but also stopped next to Carson.

Marco Rubio was called up next, walking past both Trump and Carson onto the stage, as did Jeb Bush. John Kasich initially didn’t make it out onto the stage at all.

The moderators thought they were done. “Ladies and gentlemen, the Republican candidates.”

But they weren’t. “Dr. Ben Carson, please come out on the stage. He’s standing there, as well. Dr. Carson.

“And Donald Trump,” they added.

Then Carson chimed in. “I can introduce Kasich?”

All that was missing from the botched introductions was the candidates colliding with each other and falling all over the stage. Keystone Cops style (that’s for you, Mitt Romney). This hilarious mess didn’t quite make the endless hours of blah blah that followed tolerable.

Then there was this bit of absolute weirdness at the debate:

Science fiction. Chris Christie attacked Marco Rubio for giving the same canned speech every time, no matter what the question. Rubio responded by giving the exact same speech he had just given. Later in the debate, Rubio did it again, word for word. And then again.

It was like a sci-fi movie where a robot is running for President and the mission is to push him to the point of meltdown. The only way we did know that Rubio was not a robot is that later on he began to sweat. Aha!

Or maybe it was like The Manchurian Candidate, where Christie would show Rubio the Queen of Diamonds from a deck of cards, and Rubio would walk off stage in a hypnotic trance.

Comedy. Bernie Sanders went on Saturday Night Live with his doppelganger Larry David. SNL concocted a bit in which Larry David was the captain of a Titanic-type ship that was sinking. The captain was trying to jump ahead of the women and children getting into the lifeboats. Bernie appeared on deck as a radical immigrant who had had “Enough! Enough!” of the privileged one-percent pushing ordinary people around. The happy ending is that the ship has hit not an iceberg but the Statue of Liberty. Bernie did a charming and self-effacing job of delivering his lines with comic gusto.

Veterans Day: The Annual Shame of a Nation

Failure to take full and proper care of veterans is not a Democratic or Republican shame. The only reason to focus on Republicans here is that last night, in their debate, on the eve of Veterans Day, only four passing mentions of veterans were made during two hours.

The debate was formally about the economy, but since every one behind the podiums is practiced at changing the subject, there’s no reason some or all of them couldn’t have just said: The economy is an important topic, but just tonight, this particular night, I’d like to focus my time exclusively on veterans matters.

There is enough responsibility to go around for getting this nation involved in military conflicts. It doesn’t matter what party started it or finished it or didn’t finish it. It doesn’t matter whether it was a great idea or a terrible idea or whether it is too soon to tell. As a nation, we do what we do, and we have to pay the price and keep our promises. In the case of military service, that promise is to spare no expense or effort to not only make combatants whole, or whole as humanly possible, but to elevate their service to priority status in our national consciousness and commitments.

That’s why I’m going to spend whatever minutes I have on this national debate platform tonight to talk specifically about immediate solutions to veterans issues, rather than casting blame or blowing hot air. I also call upon the millionaires and billionaires supporting us and trying to influence the election to divert just a little of that money to nonpartisan efforts such as Iraq and Afghanistan Veterans of America to start solving the problem. Of course, making this a government first priority would be nice too. Because if it comes down to a choice between any of us actually getting the nomination, which is admittedly a long shot for most of us anyway, and the comfort and well-being of those men and women we’ve flag-wavingly asked to fight on our behalf, I’d rather ask that those veterans be made whole than that I be President.

I know. Dream on.

No Refugees in the Democratic Debate

There were some other important issues mentioned, often presented in sound bites, but many more conspicuous by their absence. But you would think the party that considers itself the more progressive, caring, humane and globally sensitive would take the opportunity to at least mention to the 15 million viewers that we are experiencing one of the biggest humanitarian crises since the end of World War II. The same goes, maybe goes double, for the individual candidates who had the floor and could have just once brought it up.

(Note: Jim Webb did raise refugees while talking about his wife, who is a refugee from Vietnam. But that was not in the context of the current crisis.)

The explanation of this is simple and typical, though not particularly happy. Raising questions you can’t answer, or can’t answer with some vague, equivocal, pointless comment is to be avoided. Either voters will realize that you have no answer, or if you do answer from your conscience and heart, you just might lose votes. Either way, as a candidate, you’re screwed.

This isn’t a Democratic purview. When Republicans get together in their overstuffed debate scrum, there isn’t much to be said about the refugee crisis, except that it is an obvious ruse to allow Islamic terrorists to enter our country. It does seem like an elaborate scheme—displacing millions of men, women, and children just to get a chance to disrupt American stability—but you know how tricky those people can be.

And so, the next time a Democratic candidate wants to tell one of those rise from adversity stories that is a sure fire way to seem human and humane, maybe he or she can mention the shared and horrific adversity that won’t just go away—even if he or she has some magic plan to “fix” Syria (which he or she doesn’t). Maybe the next time, at the podium or on a debate stage. Those refugees will certainly still be there, in an increasing hell on earth.

A team from a prison just beat a team from Harvard. In a debate.

The Washington Post reports not just the victory of the team, part of the Bard Prison Initiative, but the constraints that the debaters prepared under—including having to research without the internet, from actual books and articles, but only those approved by the prison administration.

Too many lessons to count. Among them:

The two million or so people we consign to prison aren’t all there because they are not smart enough or motivated enough to function or excel in the real world.

The people who consign themselves to our most privileged houses of learning aren’t all as smart and motivated as some of those consigned to prison.

If you want to learn, really learn, learn enough to defeat the nation’s purportedly premier scholars, you can do it offline. Just like this prison debate team. Just like Abraham Lincoln.

You can’t expect objective evaluations of the first Presidential debate from either campaign. Republicans want to talk hyperbolically about a victory. Democrats may have candid ideas, but few outside the inner circles will hear them.

The significance of any competition, besides the actual win or loss, is lessons learned. After that first debate, four explanations appear:

The President and his campaign were complacent.
They misread the situation.
They could not strategize or execute effectively.
It was just a bad night.

It was probably a little of all of these. Some will think that last one is just an excuse made by losers, but if you’ve watched competitions of all kinds, sports and otherwise, you’ve seen it. It’s circumstances, it’s the moment. It’s a quantum thing.

Nevertheless, that still leaves the other three as explanations and lessons.

The most significant Republican politician of the last days of the 20th century—yes, that would be Newt Gingrich—said straight out during the halcyon days of the primaries that Mitt Romney was a liar. Whether that was said with admiration or dismay is hard to know.

During that same campaign, Romney observed that “Politics isn’t beanbag.” Detractors then and now focused on the absurdity of this reference to an obscure children’s game. It was like his mentions of trees or the Keystone Cops. Who talks like that, they scoffed.

The focus was on the wrong point of the statement. Strange as Romney may appear to many people, one thing that isn’t strange, and shouldn’t be, is his ambition. Few if any politicians have ever played beanbag, or seen a beanbag match, if that’s what it’s called. But every politician knows about fighting hard, with or without rules.

If a banner saying “Politics isn’t beanbag” isn’t hanging from the wall of the Obama debate headquarters, it should be. Everything the campaign needs to know about Mitt Romney is captured in those three words.