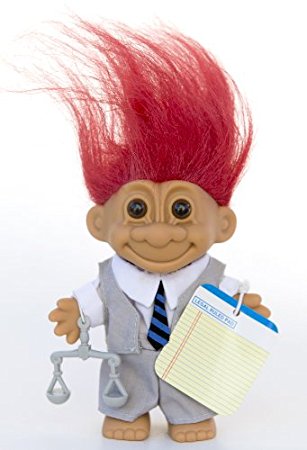 I came across the above image in my folders. I probably intended it to illustrate a post about Michael Cohen. I don’t recall. It is in no way a reflection of or commentary on lawyers in general. But it is too good to pass up. 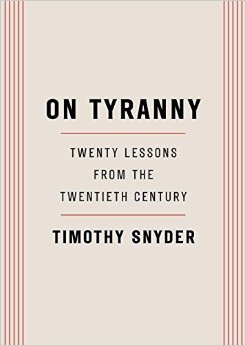 I don’t know the words or the enticements to move people to read the book On Tyranny: Twenty Lessons from the Twentieth Century. I wrote about it when it was released two months ago. I would write it about it every day. Because American democracy, and the values that support and enable American democracy, are under daily siege—from the highest levels of the republic itself. Using the vast history of tyrannical regimes—tyranny that exists elsewhere right now—we should learn how to respond and act constructively. Rather than running around as if our national hair was on fire or, worse, just giving up and giving in.

3. The book is great and essential. Some sample reviews:

“We are rapidly ripening for fascism. This American writer leaves us with no illusions about ourselves.” —Svetlana Alexievich, Winner of the Nobel Prize in Literature

“Timothy Snyder reasons with unparalleled clarity, throwing the past and future into sharp relief. He has written the rare kind of book that can be read in one sitting but will keep you coming back to help regain your bearings. Put a copy in your pocket and one on your bedside table, and it will help you keep going for the next four years or however long it takes.” —Masha Gessen

“Please read this book. So smart, so timely.” —George Saunders

“Easily the most compelling volume among the early resistance literature. . . . A slim book that fits alongside your pocket Constitution and feels only slightly less vital. . . . Clarifying and unnerving. . . . A memorable work that is grounded in history yet imbued with the fierce urgency of what now.” —Carlos Lozada, The Washington Post

“Snyder knows this subject cold. . . . It is impossible to read aphorisms like ‘post-truth is pre-fascism’ and not feel a small chill about the current state of the Republic. . . . Approach this short book the same you would a medical pamphlet warning about an infectious disease. Read it carefully and be on the lookout for symptoms.” —Daniel W. Drezner, The New York Times Book Review

“As Timothy Snyder explains in his fine and frightening On Tyranny, a minority party now has near-total power and is therefore understandably frightened of awakening the actual will of the people.” —Adam Gopnik, The New Yorker

“Snyder is superbly positioned to bring historical thinking to bear on the current political scene. . . . These unpretentious words remind us that political resistance isn’t a matter of action-movie heroics, but starts from a willingness to break from social expectations.” —Jeet Heer, The New Republic

“The perfect clear-eyed antidote to Trump’s deliberate philistinism. . . . These 128 pages are a brief primer in every important thing we might have learned from the history of the last century, and all that we appear to have forgotten.” —Tim Adams, The Guardian

“On Tyranny demands to be read.” —The Forward

“The manifesto we need. . . . Snyder detects dangerous trends in American politics that may be less visible to most citizens who cannot believe that our country, with its system of checks and balances, could succumb to illiberalism or authoritarianism.” —Darryl Holter, Los Angeles Review of Books

The chapters in On Tyranny:

Finally, “it can’t happen here” are infamous last words. And as the epigraph to the book says:

In politics, being deceived is no excuse.
—Leszek Kołakowski