Hillary Says She Was Inartful

Asked about her comments on the Clinton family wealth, Hillary Clinton now says, “Well, I shouldn’t have said the five or so words that I said, but my inartful use of those few words doesn’t change who I am, what I’ve stood for my entire life, what I stand for today.”

There were actually more than five words, on two recent occasions. First she said that she and Bill Clinton were not only dead broke when they left the White House, they were in debt. Then she said that they paid their taxes like regular people, not like others who were “truly well off.”

Aside from whether these words reflect their financial affairs, or whether they reflect her being out of touch or just a bit rusty as a candidate, this is the thing: regular people don’t use the word “inartful,” at least or especially not if they are running for President and trying to look like regular people.

There’s nothing wrong with being wealthy, smart, well-spoken, or intellectual. Plenty of Presidents and successful leaders have been some or all of these. But the challenging key is to be both comfortable with who you are and yet able to be appropriately yourself in whatever context you are in.

Lots of us may use “inartful” as part of our writing or conversation; it’s actually a very useful word. But lots of us—almost all of us—are not running for President, or considering it.

Finally, for those who are into word things, there is another point. “Artful” sounds pretty good, particularly if you mean getting your language just right to express your thoughts. But it is a close cousin of the word “artifice,” which has a very different meaning and feel. So if what Hillary was trying to say was that her previous comments were imperfect artifice—that she didn’t get the story about the Clinton wealth quite right—then maybe she is on to something. And maybe “inartful” was le mot juste. 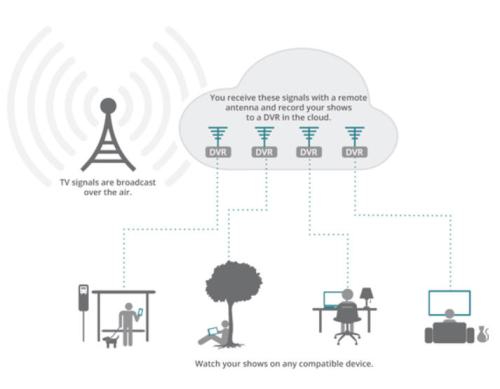 It doesn’t happen often that I agree with Justice Antonin Scalia. On the law or much else.

But his dissent in today’s Supreme Court decision in ABC v. Aereo is pretty good and pretty right. By 6-3, the Court decided to allow Aereo to be subject to violation of copyright law.

As explained in an earlier post at the time of oral arguments, Aereo has devised a complex tech scheme by which it captures over-the-air-broadcasts at the request of subscribers, using tiny antennas that subscribers essentially time-share, and then allows subscribers to watch those broadcasts online.

In the opinion, the majority agreed with the networks, finding that this is just a too-clever-by-half way of getting around copyright law and avoiding paying retransmission fees, as cable companies are required to do. Justice Scalia found the reasoning and judgment of the majority deficient in many ways, and his dissent is well worth reading.

Among the points, he notes that exploiting loopholes is not illegitimate, and is in fact one of the things that lawyers are good at and are supposed to do. Justice Scalia does not necessarily think that Aereo should go without liability or responsibility, but that trying to make the law fit to reach a desirable result is not the way to get there. If the law doesn’t fit the technology, Congress is charged with and capable of fixing it. (Note that this is the connection between his strict constructionism and his very progressive position in this particular case.)

There was a lot of apocalyptic talk at oral arguments (Aereo would destroy broadcasting as we know it), and there is apocalyptic talk today (the somewhat fuzzy majority opinion leaves all sorts of cloud-based services under legal suspicion). The earlier post repeated the maxim: hard cases make bad law. This is a hard case, and whether the law is bad or not, it sure is an irresolute path to the future. About that, Justice Scalia is right.