Matthew Weiner’s Mad Men show is not about Kabbalah, or so it would seem. It has, though, frequently touched on religious and spiritual matters. In the first episode of the new Season 7, for example, Roger Sterling’s daughter appears to have had some sort of enlightenment experience that allows her to accept her father as he is and to forgive him unconditionally. And at the end of last season, Don Draper’s hitting bottom included his punching out a Christian preacher in a bar. There have been Catholics, Jews, Hindus, and all manner of beliefs in the mix.

And then, in the latest episode, Don grows introspective and candid with a beautiful stranger on a plane. He admits to being a terrible husband, and then assesses his own responsibility: “I keep wondering, have I broken the vessel?”

For some, the image of the broken vessel instantly brings Kabbalah to mind. According to some traditions, God created the world by sending emanations—holy sparks—encased in ten vessels. Had all the vessels arrived intact, this would be a perfect world. But the force was so powerful and the vessels so delicate that a number of them shattered. In an imperfect world, it is our mission to gather up the holy sparks that have scattered, and thus to make the world better.

One of the first people to make Kabbalah popular and accessible in recent times was Rabbi Herbert Weiner. His book 9-1/2 Mystics: The Kabbala Today (1969)  was the introduction for many to the subject. By coincidence, Rabbi Weiner died almost exactly a year ago at the age of 93.

None of that is much to go on. There is no known connection between Matthew Weiner and Herbert Weiner. And as strange as Don’s dialogue sounds, he has said plenty of strange things before, he is an unlikely Kabbalist, and sometimes a broken vessel is just a broken vessel. Still, Mad Men has taken us places we never thought we’d go, so why not? After musing about the broken vessel, and after refusing the advances of his new friend, Don turns to the plane window and opens the shade. Bright morning sunshine washes his face. Not much to go on. But if there is some message there about Don’s awareness of a duty to gather the broken bits of light and heal his world, Kabbalah or not, that would certainly make Mad Men fans happy. 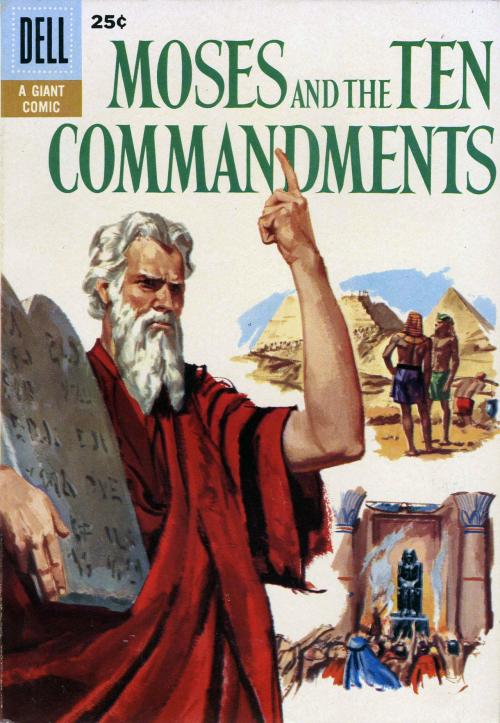 What does Freud want? He might not want people attending a Passover seder, offering prayers to a God who isn’t there. But things are not that simple.

Sigmund Freud was a Jew by birth, an atheist by belief. He abstracted and analyzed religion as a powerful manifestation of powerful forces at work. But near the end of his career, he considered whether there was something in God that was more than a mere reflection of psychic need and dynamics.

In his final book, Moses and Monotheism, he suggests that while there is no God, the positing of one had forced the Jews—and all who followed on that spiritual path—to think and act differently. The gift of the idea of God was the imperative to transcend instinct and old ways, to make new and positive sense of the insensible, and to act accordingly.

Those in the Jewish communities will retell some version of the Moses story this Passover. But only some of those will have completely read the biblical account in the Book of Exodus. Even fewer will have looked beyond the popular stories to see what generations of historians and commentators have to offer.

One of those who does have something to offer is Freud. In Moses and Monotheism, he made a jump, if not a giant leap. Here is part of what Freud wrote (emphasis added):

How we who have little belief envy those who are convinced of the existence of a Supreme Power, for whom the world holds no problems because He Himself has created all its institutions!…We can only regret it if certain experiences of life and observations of nature have made it impossible to accept the hypothesis of such a Supreme Being. As if the world had not enough problems, we are confronted with the task of finding out how those who have faith in a Divine Being could have acquired it, and whence this belief derives the enormous power that enables it to overwhelm Reason and Science.

Let us return to the more modest problem that has occupied us so far. We set out to explain whence comes the peculiar character of the Jewish people which in all probability is what has enabled that people to survive until today. We found that the man Moses created their character by giving to them a religion which heightened their self-confidence to such a degree that they believed themselves to be superior to all other peoples. They survived by keeping aloof from the others. Admixture of blood made little difference, since what kept them together was something ideal the possession they had in common of certain intellectual and emotional values. The Mosaic religion had this effect because (1) it allowed the people to share in the grandeur of its new conception of God, (2) because it maintained that the people had been “chosen” by this great God and was destined to enjoy the proofs of his special favor, and (3) because it forced upon the people a progress in spirituality which, significant enough in itself, further opened the way to respect for intellectual work and to further instinctual renunciations.

In a new transport of moral asceticism the Jews imposed on themselves constantly increasing instinctual renunciation, and thereby reached at least in doctrine and precepts ethical heights that had remained inaccessible to the other peoples of antiquity. Many Jews regard these aspirations as the second main characteristic, and the second great achievement, of their religion….

It was this “respect for intellectual work” that Freud so appreciated. Freud may have seen himself as a sort of Moses, leading civilization from benighted antiquity to a new light and new heights. Just as religious innovation led Jews from the old ways to a new land, so he and psychoanalysis would lead to even further self-awareness and progress—without God, of course.

Whether or not you believe in God, Moses, or Freud, whether or not you will be sitting at a seder table this Passover, it can be a good time to consider old ways in a new light. According to Freud, the gifts of Moses are the tools to renounce instincts and move beyond mere legacy. If we are trapped as man or mankind, psychoanalysis and, yes, even a certain religious perspective might be able to liberate us.

Darren Aronofsky’s Noah is one of the most popular movies in America right now. Even with the film’s creative liberties, many of the faithful take the movie as cinematic validation of a biblical tale, just as The Ten Commandments was for an earlier generation. But some others of the faithful are bothered, as they should be, by a sense that there is something subversive going on.

Of course there is. Any retelling of our received stories can be subversive, if we are willing to investigate and recreate. In the passage above, Freud could not be clearer that for him the conventional belief in God stands in the way of reason and science. But he then begrudgingly admits that in the right circumstances, some good may and has come from it.